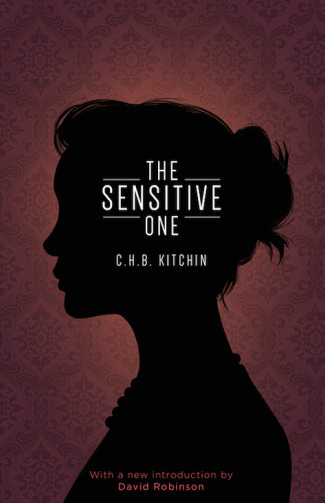 The Sensitive One (1931)
C.H.B. Kitchin
With a new introduction by David Robinson

“Remind yourself twenty times a day, how you, an intelligent and attractive woman of thirty-six, are squandering your life in an uncomfortable house, full of selfish half-wits, deprived of friends, all reasonable interests, and even reasonable affection. Make plans for your own future, and be hard.” This is Hector Moxhay’s advice to his sister, Margaret, whose guilt over a cruel act she committed years ago keeps her shackled to her despotic father and mentally disturbed sister. But when old Mr. Moxhay’s grandson John is expelled from school over a homosexual scandal, a chain of events is set in motion that will lead to unexpected consequences for the family and a possible means of escape for Margaret. Will she continue to sacrifice herself to her father’s tyranny and her sister’s mental illness? Or will she have the strength to break free and make a bid for her own happiness?

Featuring many of the same qualities and themes that would distinguish his later masterpieces, C.H.B. Kitchin’s The Sensitive One (1931) was originally published to critical acclaim by Leonard and Virginia Woolf’s Hogarth Press and counted L. P. Hartley and Lytton Strachey among its many admirers. This first-ever republication of the novel includes a new introduction by David Robinson discussing the queer subtexts of this unusual novel.

“Mr. Kitchin has achieved a very considerable feat . . . written with amazing economy . . . in short, it is a work of art.” – Spectator

“Mr. Kitchin is one of the cleverest, most intellectual, and most challenging of our novelists, and he has the rare merit of giving these qualities the flavour of a personality: they humanise and refresh his story instead of drying it up.” – L. P. Hartley