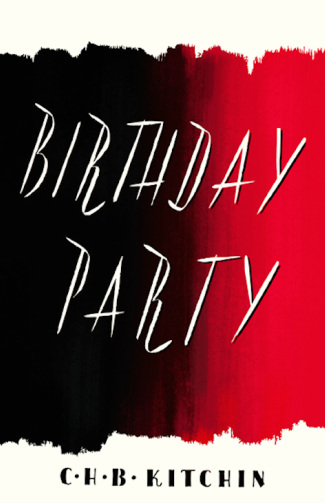 Twelve years ago Claude Carlice was found dead of a gunshot wound. The verdict was suicide brought on by a fit of insanity, but his sister Isabel has never believed it. Now the day approaches when Claude’s son Ronnie will come of age and take possession of Carlice Abbey. Preparations for the birthday party are underway, but it will not be a festive occasion: Ronnie, who has imbibed Marxist ideas at Oxford, intends to throw his aunt and stepmother out of the house and sign the entire estate over to the Communist Party for use as a propaganda centre. As tensions rise and the big day arrives, a strange series of events will unfold, revealing the scandalous truth behind Claude’s death and resulting in an unexpected fate for Carlice Abbey and its occupants.

C.H.B. Kitchin (1895-1967) was both a best-selling crime writer and a critically acclaimed author of literary fiction. In Birthday Party (1938), he combined the two, resulting in a novel that is both a fascinating examination of a changing English society on the eve of the Second World War and a suspenseful psychological mystery full of surprising twists and turns. This first-ever republication of the novel includes a reproduction of the original jacket art and a new introduction by Adrian Wright.

“[A] first-class psychological study . . . the character drawing, although a little cruel, is admirably done and the writing is consistently excellent.” – Times Literary Supplement

“It is original, it is strangely exciting, and the logic of its plan is repeated in the behaviour of its characters.” – L. P. Hartley


“It is really a detective story in which the clues, instead of being actual, are psychological. The reader is made to feel all the tension and curiosity which a good crime novel inspires, and he is not disappointed.” – The Tablet