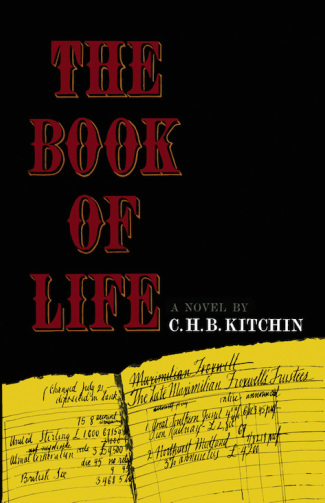 Set in the twilight of the Edwardian era, this is the story of Francis Froxwell, a young orphan fascinated by his grandfather's 'Book of Life', a ledger that lists the immense wealth he and his relatives will inherit when the old man dies. Unhappy at boarding school and treated coldly by his relations, Francis finds solace in the thought of his future fortune and a possible baronetcy. Francis's only friends are his uncle Demetrius, whose affair with a divorcée has made him the black sheep of the family, and Jimmy Waring, a disgraced ex-schoolmaster and the brother of Demetrius's mistress. As Francis finds himself unwittingly caught up in the intrigues of these two men, a chain of events is set in motion leading to sex, scandal, blackmail, and death . . . and the elimination of at least one name from the 'Book of Life'.

An unjustly neglected novelist, C.H.B. Kitchin (1895-1967) was best known for his early mystery novels and was frustrated later in life when he continued to turn out minor masterpieces like Ten Pollitt Place (1957) and The Book of Life (1960), which won critical acclaim but were largely overlooked by the book-buying public. This edition features an introduction by Francis King.

'One must admire the perfectly done thing, and this evocation of the late Edwardian age, told with ironic grace and subtlety, is the best thing of its kind since L. P. Hartley's The Go-Between.' - Vogue

'[A]n exciting story as well as an evocation of feeling, time, and place which completely fascinates. The author plays the reader with an expertise to which one can only surrender with the utmost pleasure.' - The Scotsman

'Mr Kitchin is still writing the traditional, well-bred, upper-English-middle-class novel. He does it finely, with a loving art.' - The Spectator

'As a satire on the abuse of money and as a portrait of a vanished age, this perfectly poised comedy is beyond praise.' - The Observer

'The writing is unobtrusive, the characters are genuine, and yet every turn of the plot is devised to point the irony of the title.' - The London Times