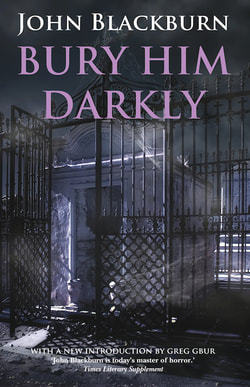 For two centuries, the body of Sir Martin Railstone, poet, artist, and libertine, has lain undisturbed in its crypt, amidst rumours that important artistic works of genius are buried with him. The Church of England has refused to allow the opening of the tomb, believing that Railstone was a murderer and dabbler in the black arts and that anything buried with him must be diabolical in nature. But now plans are in the works for a new dam, which will leave Railstone’s tomb under 100 feet of water, and a small group of fanatics obsessed with Railstone will stop at nothing to discover the crypt’s contents before they are lost forever. One of them, George Banks, opens the tomb and releases something ancient and evil. He dies a horrible death, raving mad, and whatever he has unleashed is not done killing. Four unlikely allies—a clergyman, an ex-Nazi scientist, a journalist, and a historian—must come together to stop it before it destroys all of humanity. . . .

John Blackburn (1923-1993) was the author of more than thirty popular thrillers in which he blended the genres of mystery, horror, and science fiction in unique and often brilliant ways. Although recognized as the best British horror writer of his time, he has been sadly neglected since his death. This new edition of Bury Him Darkly (1969), one of Blackburn’s best, includes a new introduction by Greg Gbur.

‘Another of Blackburn’s gripping, elemental confrontations of good and evil.’ – New York Times

‘He is bang on curdling form with this tale of a sealed tomb in a cathedral city and the Destroyer who lurks. Not for the timid.’ – Evening Standard 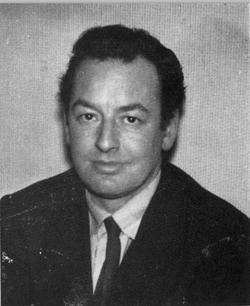