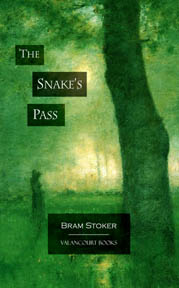 Arthur Severn, a young Englishman on holiday in the west of Ireland, is forced by a storm to stop for the night in a mysterious village, where he hears the legend of "The Snake's Pass." Long ago, it is said, St. Patrick battled the King of the Snakes, who hid his crown of gold and jewels in the hills near the village.

But it is not only legend that haunts the town. The figure of the demonic money-lender Black Murdock looms over the village, as he searches for the lost treasure while manipulating the townsfolk to his own evil ends.

Even more threatening than Murdock is the shifting bog, personified as a baneful "carpet of death," which will swallow up anything﻿--﻿and anyone--in its path.  Art and his friend Dick will brave the dangers of the bog to seek out the treasure, but the sinister machinations of Murdock will lead to a deadly conclusion!

Featuring a slow accumulation of terror worthy of Le Fanu, The Snake's Pass was Bram Stoker's first novel. A clear precursor to Stoker's later works of horror, including Dracula, The Lair of the White Worm, and The Jewel of Seven Stars, The Snake's Pass was the only of Stoker's novels set in his native Ireland.  This edition follows the text of the first edition published at New York in 1890. 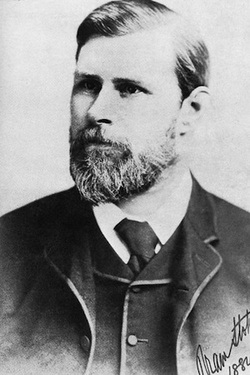