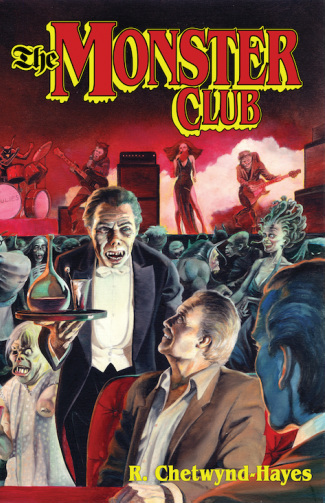 ﻿The Monster Club (1976)﻿
R. Chetwynd-Hayes
With a new introduction by Stephen Jones

Hidden beneath the streets of London is a dark and dreadful establishment known as The Monster Club, where vampires indulge in a rather different kind of Bloody Mary and ghouls tear into their gruesome repasts. Here, along with the usual monsters – vampires, werewolves, ghouls, and some of Dr Frankenstein’s more freakish creations – you’ll find other, less familiar ones. You’ll meet the frightening Fly-by-Night, the hideous shaddy, the horrible mock, and the dreaded shadmock, perhaps the most terrifying of all.

When Donald McCloud offers a starving man a meal, he unexpectedly discovers that the man is a vampire – and he’s the main course. Accompanying the vampire, Eramus, to The Monster Club, Donald encounters a whole host of strange monsters, who, in a series of five linked stories, recount to Donald their monstrous exploits. But as Donald is regaled with these terrifying tales, he can’t help but wonder: as the only human in a club full of bloodthirsty monsters, when the night’s entertainment is over, will it spell the end for him as well?

First published in 1976, R. Chetwynd-Hayes’s The Monster Club was adapted for a 1981 film starring Vincent Price, John Carradine, and Donald Pleasence, and both book and film have gone on to become cult classics. Told in a wry, tongue-in-cheek style, the tales in The Monster Club are simultaneously horrific, comical, and curiously moving. This edition is the first in more than twenty years and features a new introduction by Stephen Jones and a reproduction of John Bolton’s painting from the rare comic book adaptation of the film.

“Ronald Chetwynd-Hayes was regularly one of the top ten authors whose work was borrowed from British libraries throughout the seventies – so says Stephen Jones in his excellent introduction. … Buy the book.” – This Is Horror

“Funny, disturbing and brilliantly imaginative ... well worth the price of admission … This long-overdue paperback reissue comes with a useful introduction by Stephen Jones and a suitably lurid wraparound cover by John Bolton.” – Starburst Magazine 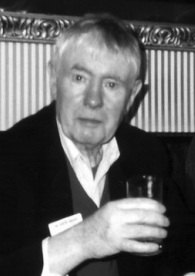 Ronald Henry Glynn Chetwynd-Hayes was born in Isleworth, west London, in 1919. He grew up a film fan, and in between working odd jobs appeared as an extra in several pictures, including A Yank at Oxford (1938), which starred Lionel Barrymore, Vivien Leigh, and Maureen O’Sullivan, and Goodbye, Mr. Chips (1939). He served during the Second World War, and after demobilization returned to London and worked in furniture sales. He sold his first short story in 1953 and his first novel, a science fiction tale, The Man from the Bomb, was published in 1959. He went on to write some 200 short stories and a dozen novels and also edited anthologies, including twelve volumes of the Fontana Book of Great Ghost Stories. Known as ‘Britain’s Prince of Chill’, Chetwynd-Hayes developed a reputation and a large fan base for his old-fashioned ghost stories and his tongue-in-cheek monster tales. Though Chetwynd-Hayes’s works were not always huge sellers, his books were always in high demand with library patrons, and he was consistently among Britain’s top earners of public lending rights. In 1989, he received the Horror Writers of America’s lifetime achievement award and also won an award from the British Fantasy Society for contributions to the genre. He died in 2001.
Valancourt Books | PO Box 17642, Richmond, VA 23226 | 804.873.8528 | email
Copyright © 2022 by Valancourt Books, LLC. All rights reserved. Valancourt Books® is a registered trademark of Valancourt Books, LLC.
Banner art by M.S. Corley