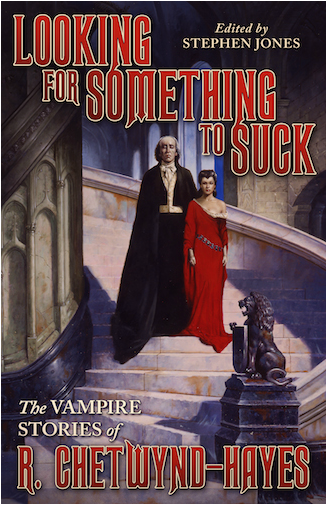 ﻿Looking for Something to Suck
The Vampire Stories of R. Chetwynd-Hayes
With a foreword by Stephen Jones

In these exsanguinating stories, Ronald Chetwynd-Hayes masterfully reinvents the vampire genre as he introduces the reader to a cleaning woman who discovers she is working for Dracula’s son; a couple trapped in a house created by the mind of a centuries-old vampire; a young boy whose ancestor is depressed by his undead existence; a creature of darkness that sucks the life-force from its victims, and the unusual offspring of a werewolf and a vampire who is threatened by an obsessed clergyman.

Looking for Something to Suck: The Vampire Stories of R. Chetwynd-Hayes collects sixteen tales by the author known as ‘Britain’s Prince of Chill’, including the classics ‘My Mother Married a Vampire’, ‘The Labyrinth’, ‘Birth’, ‘Looking for Something to Suck’ and ‘The Werewolf and the Vampire’. This first-ever paperback edition features an additional story not contained in the original limited hardcover edition and also includes a foreword by award-winning editor Stephen Jones, new illustrations by Jim Pitts, and an original cover painting by Les Edwards.

‘R. Chetwynd-Hayes ranks as one of England’s finest practitioners of the art of horror fiction . . . his prose displays a crisp sophistication and, often, a macabre sense of humour to prove that the author is a major stylist in his own right.’ – Karl Edward Wagner 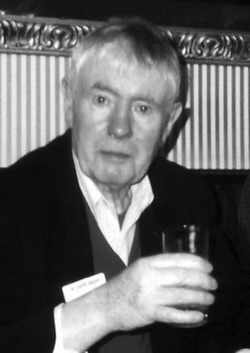