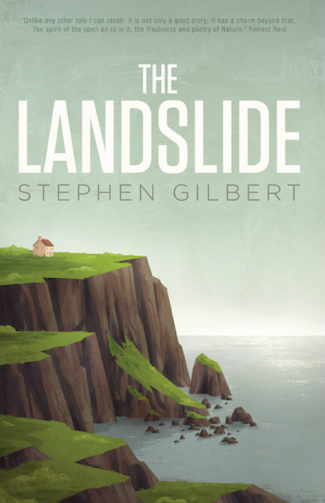 “Will my poor book ever be read by anyone? It is about a dragon and a sea serpent, and a kind of prehistoric dog and an old man and a boy and a priest. I sent it to a publisher last July and it has been lost ever since. I know it is good . . . It is unlike any story that has ever been written before.” Thus lamented Stephen Gilbert, and when a copy of the manuscript was finally found and published in 1943, the critics agreed: The Landslide was a fresh and original fantasy story, and its author was hailed as an exciting new voice in modern Irish fiction.

A landslide in a remote section of the Irish coast exposes a long-buried primeval world, filled with lush and exotic vegetation and an array of strange creatures, including a dragon and a sea serpent. Twelve-year-old Wolfe and his grandfather are the first to discover the marvels, and as they befriend and communicate with the animals, they experience wonder and excitement unlike anything they have known before. But their idyllic happiness cannot last: the narrow-minded priest Father Binyon and the superstitious locals believe the creatures have been sent by the devil, and they intend to exterminate them . . . and Wolfe and his grandfather. This first-ever republication of The Landslide features a new introduction by Andrew Doyle.

“[U]nlike any other tale I can recall. It is not only a good story; it has a charm beyond that. The spirit of the open air is in it, the freshness and poetry of Nature.” – Forrest Reid

“The story has many delicious moments.” – The Guardian

“Rich in exciting and imaginative incidents ... the most enticing romance I have read for a long time ... a good book, and an exceptionally pleasant one.” – Northern Whig and Belfast Post

“It is brilliant, for in over 200 pages the author carries on the situation without seeming to be telling anything that he has not actually seen... . H. G. Wells ... is nowhere its equal. It is a strange and satisfying book.” – Dublin Review

“An original and graceful novel ... has a salty freshness, a shining of youth.” – John O’London’s 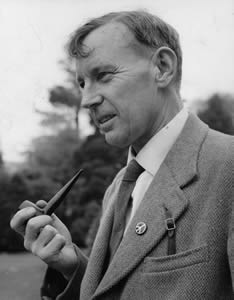