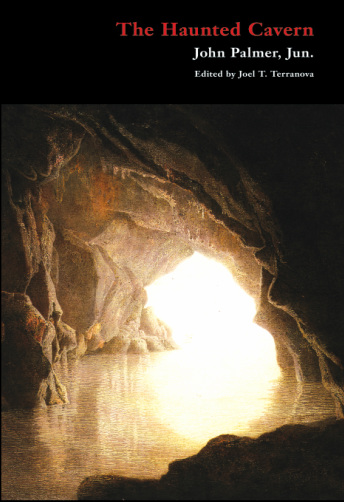 Young Eldred wants nothing more than to marry his beloved Jane. But Jane’s father, the cruel Sir James Wallace, has other plans, intending to wed her to the fierce chieftain Donald instead. Donald, jealous of his rival, has Eldred seized and imprisoned in the dungeons of a haunted cavern, where a skeleton, a rusty dagger, and a mouldering manuscript will uncover long-hidden, deadly secrets and reveal the mysterious fate of Eldred’s father, Lord Glencairn!

The Haunted Cavern (1795) was the first novel by John Palmer, Jun. (1776-1809), who published it at age nineteen. A “tale of shrieking spectres and bloody murders” (The Critical Review) featuring “gloomy caverns, dismal dungeons, ghastly skeletons, pale ghosts, fierce combats, [and] horrid murders” (The Analytical Review), Palmer’s novel is an entertaining example of the type of Gothic fiction that flourished in the wake of Ann Radcliffe’s The Mysteries of Udolpho (1794). This new edition, the first in almost two centuries, includes a new introduction by Joel T. Terranova, seven contemporary reviews of the novel, a facsimile of the original title page, and a reproduction of the frontispiece from the scarce New York edition of 1796.
BOOK DETAILS
ISBN: 1939140633
ISBN-13: 978-1939140630
$16.99 US, 126 pp.
Trade paper
Published 2013