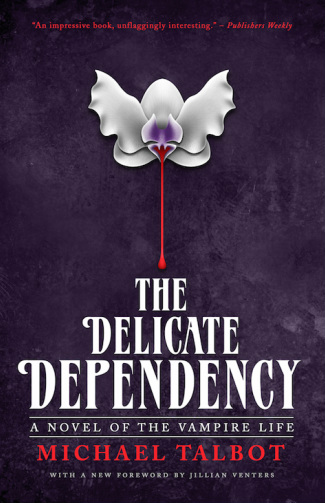 They are cool to the touch and alluringly beautiful in their ageless youth. Their laughter seduces, their brilliance beguiles. They guard the secrets of science and history, and the answers to the mysteries of life and death lie within their vastly superior knowledge. In centuries past, they were known as the Illuminati. They are the vampire.

Dr. John Gladstone, a scientist in Victorian London, is thrust into their world after his carriage runs over a young man of angelic beauty named Niccolo. When Niccolo kidnaps Gladstone’s child and vanishes, the doctor must go in pursuit, with the help of his daughter, Ursula, who is enticed by the lure of eternal life, and Lady Hespeth, whose demure exterior hides a dangerous obsession. Why are the vampires taking children, and what is the connection to Gladstone’s experiments with a deadly virus? And how can he possibly prevail against a race of immortal beings with power and intelligence infinitely beyond his own?

Michael Talbot’s The Delicate Dependency (1982) is often cited as one of the best vampire novels ever written. This highly anticipated new edition, the first since the book’s original publication, includes a new foreword by Jillian Venters.

“The past half-decade has seen a glut of vampire novels, but few as ambitious and seriously intended as this one . . . an impressive book, unflaggingly interesting.” – Publishers Weekly

“The tension builds page by page to a stunning climax . . . I doubt that I will ever forget it.” – Whitley Strieber, author of The Hunger and The Wolfen

“[O]ne of the most impressive explorations of a vampire mind ever written . . . a novel of considerable suspense . . . compelling and deeply original.” – Darrell Schweitzer, Encyclopedia of the Vampire 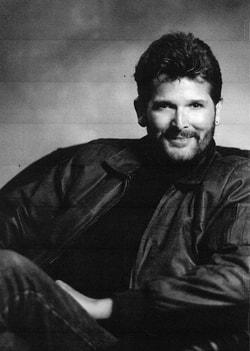