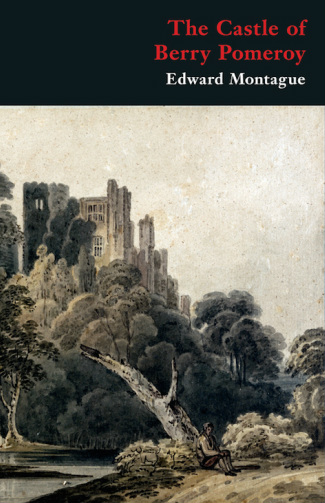 The Castle of Berry Pomeroy, reduced to ruins in the early 1700s, has long been recognised as one of the most haunted places in Britain. It is said that the ghost of Margaret Pomeroy, starved to death in a dungeon by her sister Eleanor, still inhabits the castle today.

In The Castle of Berry Pomeroy (1806), Edward Montague adapts the legends surrounding the castle into a Gothic tale of horror, jealousy, and revenge. The Lady Elinor de Pomeroy, envious that her sister Matilda has won possession of the castle and the love of the handsome De Clifford, decides to have her murdered. She enlists the aid of Father Bertrand, one of the blackest villains ever to appear in a Gothic novel.

But Matilda's death is just the beginning. Her spectre appears, bringing terror to Elinor and Bertrand, whose ambition and fear of discovery lead them to commit more and more murders. The body count rises and the horror increases, but will Matilda's spectre lead to the discovery and punishment of the villains? A cleverly told story and one of the few Gothic novels to achieve an authentically medieval atmosphere, The Castle of Berry Pomeroy was the first novel by Edward Montague (The Demon of Sicily, Legends of a Nunnery). This new edition is the first since 1892.

The Castle of Berry Pomeroy was first published in 1806 by William Lane's famous Minerva Press. Only two copies of the first edition survive in world libraries, one in the British Library, and the other in the Corvey Collection in Germany. This edition is newly typeset from the Corvey copy, allowing modern readers and collectors the opportunity to own a copy of this rare Gothic classic.

"[K]eeps up the attention and interests the feelings in a manner that is not very common." - Literary Journal (Oct. 1806)