The hero of John Wain's classic novel is Charles Lumley, a young man fresh out of university and wondering what to do with the rest of his life. Feeling as though he has been born in captivity -- the captivity of his bourgeois upbringing -- Charles decides to escape by setting off on a picaresque and hilarious tour of 1950s England. He undergoes a string of comic misadventures as he works various jobs -- from window cleaner to nightclub bouncer to drug trafficker -- all the while trying to find his place in the world and win the love of the beautiful Veronica Roderick.

One of the great English men of letters of the 20th century, John Wain (1925-1994) was a prolific novelist, poet, biographer, and critic whose many accolades included the Somerset Maugham Award, the James Tait Black Memorial Prize, and the Whitbread Award. Hurry on Down (1953), his first novel and surely one of the funniest English novels ever written, ushered in a new type of fiction and paved the way for many later classics, including Kingsley Amis's Lucky Jim (1954) and John Braine's Room at the Top (1957). This new edition includes an introduction by John Andrew Fredrick.

“[A] bustling kaleidoscope of a book, by an author fertile in expedient, keenly observant and occasionally probing the heart of darkness.” - Sunday Times 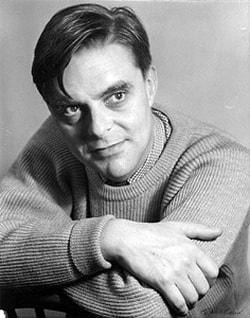 In 1973, Wain was appointed the first Professor of Poetry at Oxford University, and the following year his biography of Samuel Johnson won the James Tait Black Memorial Prize. His services to literature were recognized in 1984 when he was awarded a CBE. In the late 1980s, he began his ‘Oxford Trilogy’ with Where the Rivers Meet (1988), and the final volume, Hungry Generations, was published shortly after his death in 1994.
Valancourt Books | PO Box 17642, Richmond, VA 23226 | 804.873.8528 | email
Copyright © 2022 by Valancourt Books, LLC. All rights reserved. Valancourt Books® is a registered trademark of Valancourt Books, LLC.
Banner art by M.S. Corley