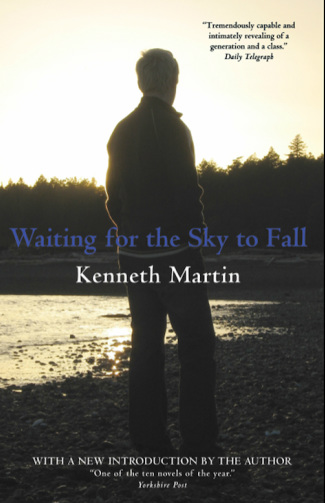 Perkin Young and his brother Simon are typical of their generation, the first to come of age in England after the Second World War. They live in Chelsea on their father’s money while they halfheartedly pursue literary and artistic success. Consumed with boredom and oppressed by a sense of the pointlessness of modern life, they spend their time at parties, in meaningless sexual encounters, or with their friends, who share their ennui. Perkin is in love with Meg, a young widow who lives with a famous novelist; Simon is after Anne, a girl so naive she doesn’t realize the store she works in peddles pornography; their friend Jonathan is dating the cynical George, who runs a gay nightclub and brothels. As they move aimlessly through their lives, each waits for something to happen. But when something terrible does finally happen to Perkin and Simon, it threatens to shatter the fragile illusions of the world they have created for themselves. . . .

Kenneth Martin’s first book, Aubade (1957), written at age 16, was a surprise bestseller, and its story of love between two youths has gone on to become a gay classic. This first-ever reprint of Waiting for the Sky to Fall (1959), written at age 18, includes a new introduction by Martin, who discusses publishing the book as a teenager, his disappointment at the mixed reviews it received, and the experience of revisiting the novel for its republication 55 years later.

“Tremendously capable and intimately revealing of a generation and a class.” – Daily Telegraph

“One of the ten novels of the year.” – Yorkshire Post

“Anyone who feels as if there were a curtain between him and the younger generation should read this novel.” – New Statesman 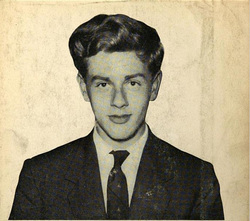 Kenneth Martin was born in Belfast in 1939. He grew up in Bangor, Co. Down, where he was adopted into a poor family. He began work on his first novel, Aubade, at the age of sixteen, and when it was accepted for publication by Chapman and Hall with an advance of £100, he moved to London. Aubade, published the day after Martin turned eighteen in 1957, was a modest success, selling well enough to run into a second printing in 1958 and was also published in America. Martin followed his debut with two more novels, Waiting for the Sky to Fall (1959) and A Matter of Time (1960), but the reviews of these novels were largely disappointing, and Martin turned from fiction to journalism. He moved to the United States in 1970 and earned degrees from Columbia University, the University of Minnesota, and San Francisco State University. In 1977 he became an American citizen. He returned to fiction writing in 1989, publishing Billy’s Brother with Gay Men’s Press, which also reissued Aubade as part of its Gay Modern Classics series. A fifth novel, The Tin Islands, followed in 1996. Kenneth Martin lives and works as a psychotherapist in San Francisco.
Valancourt Books | PO Box 17642, Richmond, VA 23226 | 804.873.8528 | email
Copyright © 2022 by Valancourt Books, LLC. All rights reserved. Valancourt Books® is a registered trademark of Valancourt Books, LLC.
Banner art by M.S. Corley