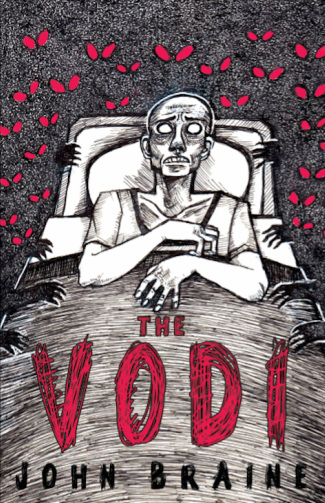 As a child, Dick Corvey discovered the existence of the Vodi, a race of ferret-faced creatures with luminous eyes responsible for all the misfortune and suffering in the world. Now fully grown, Dick lies in a sanitorium, suffering from untreatable tuberculosis. Unable to leave his hospital bed and convinced that the Vodi will win its ultimate triumph with his fast-approaching death, he spends his time remembering the many failures in his life that have led him to this point. But when an attractive nurse, Evelyn Mallaton, is transferred to Dick’s ward and takes an interest in his recovery, Dick begins to believe in the possibility of regaining his health and defeating the Vodi once and for all. . . .

The hero of John Braine’s smash bestseller Room at the Top (1957) was a man determined to succeed at all costs; in his second novel, The Vodi (1959), Braine depicted a very different type of character: a man who seems resigned to failure. This edition of The Vodi, which M. John Harrison has called “the defining moment of an as-yet-unreported genre, kitchen sink gothic,” is the first-ever American reprint of the novel and includes a new introduction by Janine Utell.

“A gifted and skilled writer . . . His prose is at its best extremely vivid.” - Richard Hoggart, The Guardian

“Triumphantly underlines the point that Room at the Top was no flash-in-the-pan. He alone, of the generation that has achieved celebrity in the last five years, is a genuine novelist in the great tradition.” - Yorkshire Post

“A valid and important human situation . . . The book is vivid with the characteristic Braine sights and smells.” - Kenneth Allsop, Daily Mail

“The work of a real writer.” – Peter Green, The Telegraph

“Once again Mr. Braine shows his great capacity for a tearaway narrative, for crisp dialogue and stark emotion . . . The Vodi increases his stature.” – London Times 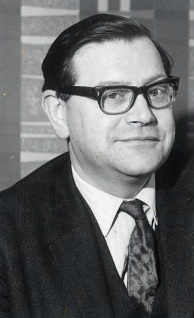