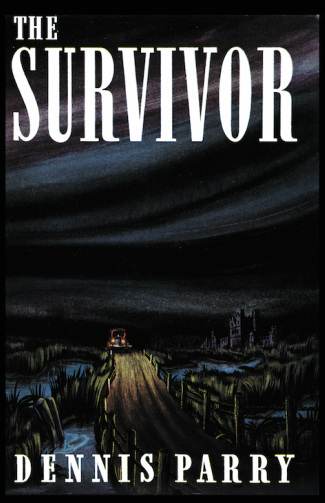 A brilliant yet ruthless physician, James Marshall has earned renown for his efforts in fighting epidemics in every corner of the world, yet at home he is feared and despised by all, including his brother and sister, who have long been tormented by his diabolical perversity and sadistic cruelty. When he finally succumbs to the one outbreak he is unable to conquer, everyone is relieved to be rid of him. But when his niece Olive begins to exhibit strange mannerisms and behaviors reminiscent of her uncle, is it merely a peculiar way of grieving—or could the soul of the wicked dead man actually be trying to take possession of her body? As her family struggles to save her from a terrible fate, the chilling suspense builds towards a harrowing and unthinkable conclusion . . .

Dennis Parry (1912-1955) was the author of ten critically acclaimed novels but fell into an undeserved obscurity after his untimely death in a car accident at age 42. His third novel, The Survivor (1940), a classic story of the supernatural, earned rave reviews from critics, who ranked it alongside Henry James’s The Turn of the Screw and the works of Algernon Blackwood. This first-ever republication of Parry’s novel features a new introduction by Mark Valentine.

“Mr. Parry brings it off brilliantly. It starts like a comedy, ends like a tragedy and runs like a nightmare from beginning to end.” – New York Times

“One of the few first-rate horror tales since The Hound of the Baskervilles was a pup.” – Newsweek

“Unconventional, witty, and well told, this strange and modern ghost story will appeal to those who like their literature on the different side.” – Philadelphia Inquirer

“One is carried along on a wave of admiring belief and enchantment to the last page . . . a fine piece of writing in a genre that requires unusual talent.” – New York Herald Tribune

“For ghost stories, this one is tops.” – Detroit Free Press 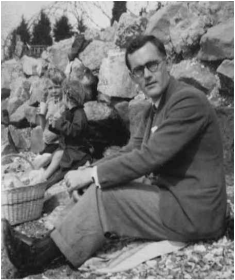 Parry published his first novel, Attic Meteor (1936) at age 24, and would go on to publish nine others. None of these books achieved large sales, though they generally earned good reviews. An obituary in the Times characterized Parry’s works as “entertaining on the surface, and written in an easy, forceful prose . . . continuously witty rather than comic, and penetrating rather than profound. . . . All his books are enjoyable, and almost all successful within the limits which Parry set himself.” His final book, Sea of Glass (1955), was probably his most successful, earning widespread critical acclaim and running into a second edition. Unfortunately, the book’s modest success was overshadowed by Parry’s death shortly after its publication; he was severely injured in a car accident in June 1955 and died two days later at age 42.﻿