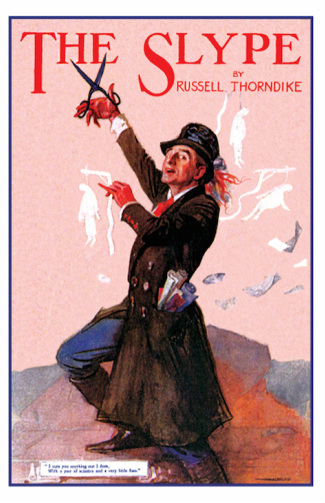 The Slype is a dark passage, reputedly haunted, adjoining the ancient cathedral of Dullchester, and it plays a central role in this thrilling mystery. As the story opens, this sleepy cathedral city has a sinister visitor whose ominous pastime consists of cutting paper silhouettes depicting a corpse hanging from a gibbet. After his arrival, a series of terrifying events ensues: ghostly screams are heard to emanate from the Slype, and the town’s residents begin disappearing one by one, inexplicably and without a trace. Young Daniel Dyke, Sergeant Wurren, and Inspector Macauley of Scotland Yard will have to join forces to unravel this deadly mystery and uncover a centuries-old secret . . . before it’s too late!

Russell Thorndike (1885-1972) is best known for his popular series of swashbuckling tales featuring the smuggler Dr. Syn, but as Mark Valentine writes in his introduction to this new edition, the rediscovery of Thorndike’s mystery and suspense fiction is long overdue. This edition of The Slype (1927), a fast-paced and ingenious tale with a plot and cast of characters reminiscent of Dickens, is the first in 80 years and features a reproduction of the scarce jacket art of the 1927 first edition.

“An exciting story told in a pleasant narrative style with considerable skill, and a whole portfolio of Dickensian characters, drawn against a rich background make The Slype an almost perfect piece of light fiction.” - The Outlook

“No one will care to hurry when he can spend his time in the company of such delightful people as the Dean, the Paper Wizard, and Boyce’s Boy. . . . The Slype [is] a book to be read and put by for future rereading.” - New York Times 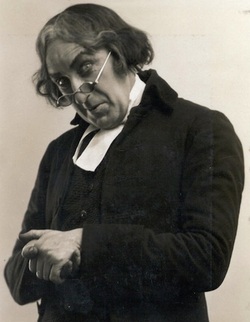