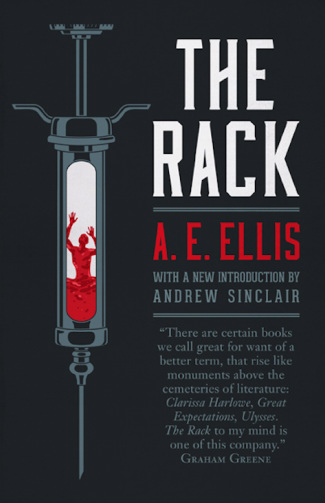 ﻿The Rack (1958)﻿
A.E. Ellis
With a new introduction by Andrew Sinclair

“Then consider yourself an experiment of the gods in what a man can endure . . .” This is the sardonic advice of a doctor to his patient, a young man suffering from tuberculosis in the days before effective antibiotic treatment, and it sets the theme for this brilliant novel. The hero, Paul Davenant, has arrived at a sanatorium in the Swiss Alps with high hopes of a full cure and a normal life. But as the weeks and months pass interminably by, Davenant undergoes endless tests and medical procedures, each more horrific and dehumanizing than the last, all the while facing the possibility that his case may be hopeless. Yet alongside the pain, indignity, and tediousness, there is a sense of the outrageous, farcical side to his situation, the utterly pointless absurdity of it all. And when he falls in love with a fellow patient and becomes determined at last to recover his health, can he succeed, or will all the tortures he has endured have been for nothing?

When The Rack was first published in 1958, the critical acclaim was universal: reviewers compared it with the works of Proust, Mann, and Camus and declared it a masterwork destined to take its place among the great novels of the 20th century. This edition, the first in 25 years, features a new introduction by Andrew Sinclair.

“There are certain books we call great for want of a better term, that rise like monuments above the cemeteries of literature: Clarissa Harlowe, Great Expectations, Ulysses. The Rack to my mind is one of this company.” – Graham Greene

“A terrific book . . . a penetrating examination of the nature of suffering . . . to read it is in itself an experience.” – Time and Tide

“Quite possibly a masterpiece.” – Irish Times

“Book of the year if there ever was one.” – V. S. Pritchett, New Statesman

“[V]ery remarkable . . . Ellis’s humour is grim, but behind the book one has the impression of an unusual and powerful mind.” – The Observer 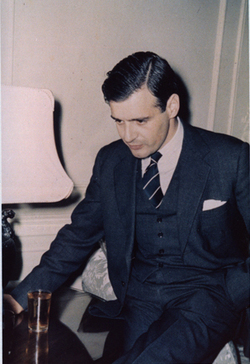 ﻿A. E. Ellis was the pseudonym of Derek Lindsay, who was born in 1920. Orphaned at the age of 3, he was brought up by an aunt. After serving in the Second World War, in which he rose to become a captain, he returned to England and attended Oxford University.

When he was stricken with tuberculosis, Lindsay was sent to a sanatorium in the Alps, where the years of his slow cure would provide the inspiration for his first and only novel, The Rack. This impressive work was published in 1958 to great acclaim from English critics; it went on to be included in the Penguin Modern Classics series and was reprinted several times in paperback.

Though he continued to write, including working on a sequel to The Rack, Lindsay never published another book. He died in 2000.﻿