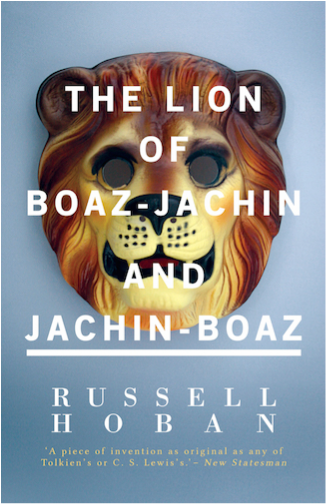 The Lion of Boaz-Jachin and Jachin-Boaz (1973)
Russell Hoban

Jachin-Boaz is a maker and seller of maps. In his shop you can find maps that will lead you to whatever it is you most desire: love, inspiration, money. But his greatest work yet is a master-map which he intends to give to his son, Boaz-Jachin. On it is marked everything that has ever been found; with it, his son will be able to find anything he wants or needs. Only one thing cannot be found using this map: lions – for there are no more lions. Or are there? When Jachin-Boaz leaves his family to set out on a quest to find a lion for his son, Boaz-Jachin follows in search of his father, and both will discover something wholly unexpected.

Russell Hoban’s first novel for adults, The Lion of Boaz-Jachin and Jachin-Boaz (1973) was widely acclaimed by critics and earned comparisons to the works of Tolkien and C. S. Lewis. Both a humorous and light-hearted fantasy and an insightful meditation on the sometimes difficult relationships between fathers and sons, it is a perfect introduction to the work of this brilliant writer.

‘A piece of invention as original as any of Tolkien's or C. S. Lewis’.’ – New Statesman

‘One of those absolutely unclassifiable beauties that come along every so often, just as you’ve about given up hope of ever again finding a new book with a human voice behind it and a way of looking at the world that hasn't been predigested and pre-read . . . I wish I'd written it. It's one of a kind, and those are the only sort of books that mean anything to me.’ – Peter S. Beagle

‘Mr. Hoban is unclassifiable, thank goodness. His narrative is so minutely and compellingly realistic that after a time you cease to notice that he has stood reality on its head.’ – The Sunday Times (London)

‘First novels of outstanding quality are so rare that they call for a certain amount of celebration . . . One’s enjoyment of the novel derives from Mr. Hoban’s unusually vivid imagination, his immensely striking use of words to describe the being-with-the-lion feeling in a world where there are no lions. And, finally, most welcome of all, his use of these powerful images in conjunction with a sense of the ridiculous which verges on the total.’ – Auberon Waugh, The Spectator

‘Magic at work … Funny as well as beautiful.’ – Irish Times 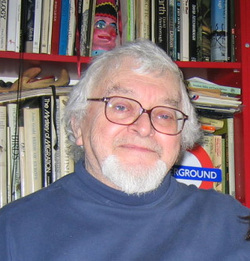