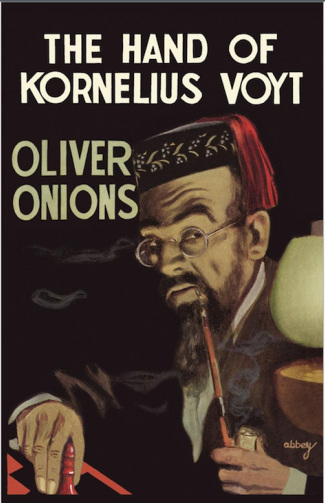 When Peter Byles’s father dies shortly before the boy’s thirteenth birthday, the young orphan is sent to live at the Victorian Gothic mansion of his father’s friend, Dr. Kornelius Voyt. Peter arrives at the dreary house, surprised to find that he sees nothing of the enigmatic Voyt, instead passing his time in lessons with a young German tutor. But it soon becomes clear to Peter that these lessons are only preparations for something much more sinister that Voyt intends to teach him. Voyt, unable either to hear or speak, has learned to compensate for his disability by developing extraordinary powers of the mind, powers which allow him to communicate telepathically, control the wills of others, and even inflict pain on those who anger him. Voyt has a terrifying vision of the world’s future, and he is determined to use Peter as a pawn in his inscrutable plans. . . .

Best known today for his ghost stories, Oliver Onions (1873-1961) was also a masterful novelist, and all his talents are on display in The Hand of Kornelius Voyt (1939), which, as Mark Valentine writes in the new introduction to this edition, “is a formidable achievement in sustaining an atmosphere of uncanny dread.” This edition, the first in nearly fifty years, reprints the unabridged text of the rare first edition and features a reproduction of the original dust jacket illustration.

“It is a difficult book to characterize, though there’s no question about its unsettling eeriness. Imagine a mixture of psychological suspense, existential theorizing, coming-of-age story and the kind of speculative fiction ... that we associate with the 1930s. … [An] attractive reissue of Onions’s disquieting novel.” – Michael Dirda, Washington Post

“The Hand of Kornelius Voyt is remarkable for its sense of claustrophobia … and the absolute conviction of the narrative.” – Phil Baker, Times Literary Supplement

“A striking contribution to the literature of darkness.” - Humbert Wolfe 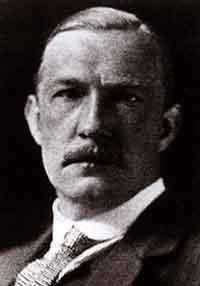 Oliver Onions was born in Bradford in 1873. Although he legally changed his name to George Oliver in 1918, he always published under the name Oliver Onions. Onions originally worked as a commercial artist before turning to writing, and the dust jackets of his earliest works included illustrations painted by Onions himself.

Onions was a prolific writer of short stories and novels and is best remembered today for his ghost stories, the most famous of which is probably ‘The Beckoning Fair One’, originally published in Widdershins (1911). Despite being known today chiefly for his supernatural short fiction, Onions also published more than a dozen novels in a variety of genres, including In Accordance with the Evidence (1912), The Tower of Oblivion (1921), The Hand of Kornelius Voyt (1939), The Story of Ragged Robyn  (1945), and Poor Man's Tapestry (1946), which won the prestigious James Tait Black Memorial Prize as the best work of fiction published that year.

Onions was apparently a very private individual, and though admired and well-respected in his time, he appears not to have moved in literary circles, and few personal memoirs of him survive. He spent most of his later life in Wales, where he lived with his wife, Berta Ruck (1878-1978), herself a prolific and popular novelist; they had two sons, Arthur (b. 1912) and William (b. 1913). Oliver Onions died in 1961.
Valancourt Books | PO Box 17642, Richmond, VA 23226 | 804.873.8528 | email
Copyright © 2022 by Valancourt Books, LLC. All rights reserved. Valancourt Books® is a registered trademark of Valancourt Books, LLC.
Banner art by M.S. Corley