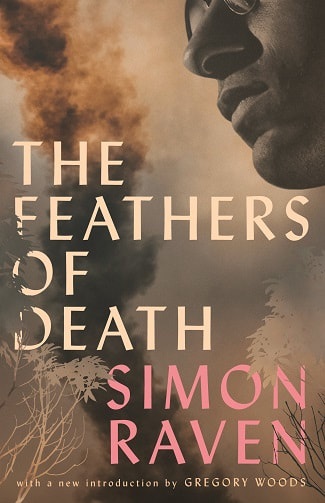 ﻿The Feathers of Death (1959)
Simon Raven
Introduction by Gregory Woods

When Lieutenant Alastair Lynch shoots young Drummer Malcolm Harley in the back for desertion in the face of an enemy attack, his action seems to be clearly justified by military precedent. But after a court martial is convened to examine the facts of the case, a different story emerges. A tale of passionate love, possessiveness, and jealousy between the two men, a brazen and scandalous relationship that ended in Harley’s violent death. The tension builds as the truth about the two men’s liaison and Lynch’s decision to pull the trigger gradually emerges, leading to a shocking finale.

Simon Raven’s classic first novel The Feathers of Death (1959) is a gripping thriller told in the clever, witty, and compulsively readable style for which Raven is known. This edition features a new introduction by Gregory Woods.

“One of the finest novelists of the post-war years . . . the most entertaining of writers . . . a novelist of supreme merit.” – Charles Spencer, The Telegraph

“An exceptional gift for storytelling . . . told with a narrative verve so rare . . . those with the stomach for a tough and ugly tale will find it enthralling.” – The Times (London)

“A first novel of outstanding quality. It is written with passion and comprehension and with a rigid moral sense upholding it. I urge you to read a notable novel.” – The Evening News

“You will bow in admiration to the clarity of his characterization, the simplicity of his prose and the design of his plot.” – New Statesman

“There is something irresistible about the vigour of Mr. Raven's attack.” – The Observer
​ 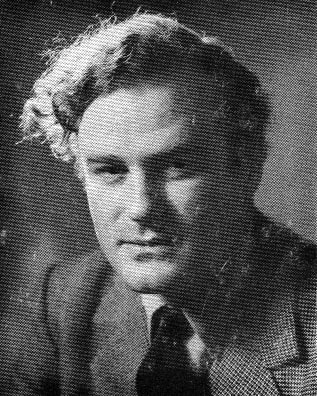 Simon Raven was born in London in 1927 and educated at Charterhouse, from which he was expelled in 1945 for homosexual conduct (though it was not his first sexual encounter: he boasted of having been seduced at age nine by the games master, an experience he said gave “immediate and unalloyed pleasure”). He then performed his national service in the Army until 1948, at which point he enrolled at King’s College, Cambridge, to study Classics. In 1951 he married Susan Kilner after having gotten her pregnant. After the marriage he avoided her and infamously responded to her desperate telegram “Wife and baby starving send money soonest” with the message “Sorry no money, suggest eat baby”. The couple divorced in 1957. After leaving King’s College, Raven secured an army commission, serving in Germany and Kenya before being forced to resign (in lieu of court-martial) over his mounting gambling debts. He then managed to eke out a living in journalism until he met the young publisher Anthony Blond, who believed in Raven’s writing talent and offered to subsidize him while he wrote his first novel, The Feathers of Death (1959), on condition that he leave London and its temptations. His relationship with Blond was a fruitful one: the publisher would go onto publish Raven’s work over the next three decades, including the spy thriller Brother Cain (1959), the classic vampire tale Doctors Wear Scarlet (1960), and the ten-volume Alms for Oblivion sequence (1964-1976), satirical novels focusing on the English upper class after the Second World War. A second sequence of seven novels, The First-Born of Egypt (1984-1992), which involved some of the same characters as the Alms series, was substantially less successful. In later works Raven returned to the interest in horror and the supernatural he had evinced in Doctors Wear Scarlet, with the Gothic novels The Roses of Picardie (1980) and September Castle (1984), the haunting novella The Islands of Sorrow (1994), and a collection of short fiction, Remember Your Grammar and Other Haunted Stories (1997). Raven was also known for his film and television writing, which included The Pallisers, a mini-series adaptation of the novels of Anthony Trollope, of whom Raven was an admirer, as well as dialogue for the James Bond film On Her Majesty’s Secret Service. After a series of strokes, he died in 2001 at age 73, having written his own epitaph: “He shared his bottle—and, when still young and appetising, his bed.”
Valancourt Books | PO Box 17642, Richmond, VA 23226 | 804.873.8528 | email
Copyright © 2022 by Valancourt Books, LLC. All rights reserved. Valancourt Books® is a registered trademark of Valancourt Books, LLC.
Banner art by M.S. Corley