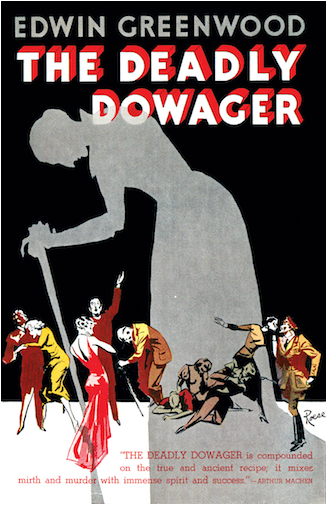 “Mixes mirth and murder with immense spirit and success ... I am sure that each of the Deadly Dowager’s methods will find its warm admirers.” – Arthur Machen

When the Dowager Arabella, Lady Engleton announces to her relatives her jolly scheme to restore the family’s fortunes by insuring their lives in favor of her grandson and heir, the young Lord Henry, they laugh at her and think her mad. But they won’t be laughing for long. Soon she begins to kill them off one by one with sinister mirth and gruesome inventiveness ...

Forgotten today, Edwin Greenwood (1895-1937) was the author of several clever and darkly humorous crime novels that were highly acclaimed by critics and admired by the master of the macabre, Arthur Machen. This edition features a new introduction by Mark Valentine, who argues that although Greenwood’s “novels have been largely lost to view, it is high time they delighted a fresh readership,” and a reproduction of the original dust jacket art.

“Quite the jolliest crime story that has come our way in many moons.” – New York Times

“Mixes mirth and murder with immense spirit and success ... I am sure that each of the Deadly Dowager’s methods will find its warm admirers.” – Arthur Machen 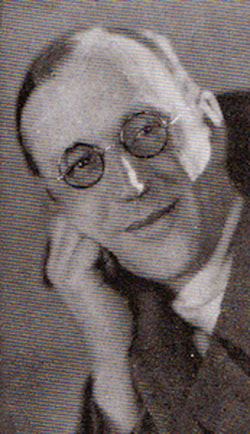 Edwin Greenwood was born in London in 1895. In the 1920s, he directed several films, and in the 1930s he began to write film scripts and crime novels, the first of which, The Deadly Dowager (published in England in 1934 as Skin and Bone) was highly praised by Arthur Machen. Greenwood was a frequent collaborator with Alfred Hitchcock and died in 1937 from an illness brought on by the harsh filming conditions of Jamaica Inn.