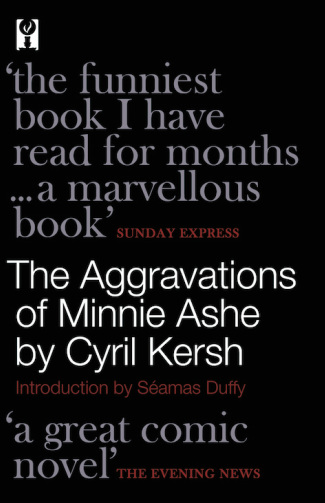 The story of a Jewish family in London on the eve of the Second World War, The Aggravations of Minnie Ashe is peopled with the zaniest cast of characters you’re likely to find anywhere: Uncle Mendel, a ‘business genius’ whose get-rich-quick schemes (like selling broken wine glasses or Hebrew-Croat dictionaries) invariably fail; Iron Foot Yossell, utterer of ridiculous quotations and absurd prophecies; Rachel Tsimmus, a rabbi’s wife with a bizarre rubber fetish; Uncle Ben, a shell-shocked war hero with a penchant for picking tulips off the wallpaper; and Mrs Cooperman, horrified at her recurring nightmares involving men’s legs. And then there’s Minnie herself, a daunting and dauntless widow, fiery, loquacious, and superstitious, beset on all sides by a seemingly never-ending series of ‘aggravations’. You’ll find yourself cheering for this unlikely heroine through one hilarious chapter after another as she faces each crisis, fighting her battles with relish and persevering by means of her sharp wits and even sharper tongue.

In this brilliant first novel, Cyril Kersh (1925-1993) displays a talent for comic fiction equal to that of his more famous older brother, Gerald. Hailed by critics on its original appearance as one of the funniest novels in years, The Aggravations of Minnie Ashe (1970) returns to print for the first time in more than 40 years in this edition, which includes a new introduction by Séamas Duffy. 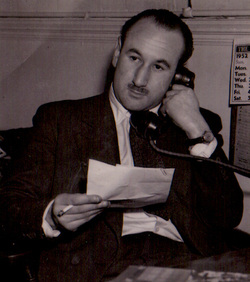 Cyril Kersh was born in London in 1925, the son of Hyman and Lesh Kersh, and was educated at Westcliff High School in Essex. After leaving school, he worked variously for a newsagent, a wool merchant, and an illegal toy manufacturer, resisting his family’s attempts to make him settle down in his uncle’s bakery business. Kersh served in the Royal Navy from 1943 to 1947 and on demobilization pursued a career in journalism. He worked at various publications, including a stint as a feature writer for the Evening Standard and for three years edited Men Only.