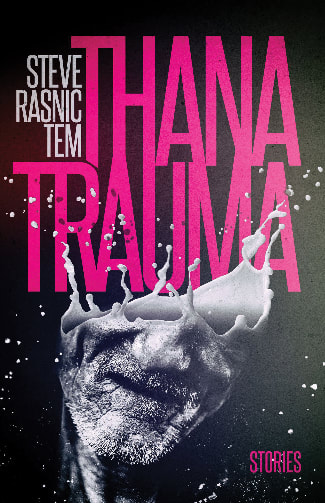 “All my life I’ve dreamed of the dead.”

Thanatrauma: the dread of it erodes you, the shadows waiting at the end, the impending conclusion, the troubling dream from which you will not wake.

These 21 stories – four published here for the first time – explore some of our fundamental fears: death, loss, grief, and aging. In “Reflections in Black,” a man takes a phantasmagoric Halloween journey in search of a former love. In “The Parts Man,” a man enters a desperate contract with a sinister entity in a long, vintage automobile. The darkly beautiful “The Dead Outside My Door” is a haunting post-apocalyptic tale unlike any you’ve ever read. Other offerings include “Whatever You Want,” in which a Christmas wish has terrible consequences; “Torn,” a bizarre vision of a highly personalized hell; and “The Way Station,” a tribute to the legendary Stefan Grabinski. Also featured is a special bonus, “August Freeze,” from the lost, undistributed Winter 1985 issue of Weird Tales.

Steve Rasnic Tem has won the Bram Stoker, World Fantasy, and British Fantasy Awards and has established himself as one of today’s finest writers of horror and weird fiction. In this new collection, by turns chilling and thought-provoking, Tem is at his very best.