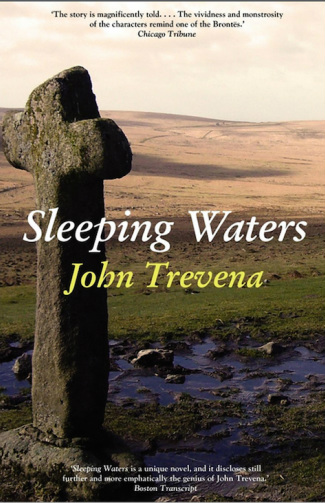 Father John Anger is worn down from a hard life as a Catholic priest ministering to the poor of London's slums. He travels to a remote village in Dartmoor seeking to recover his health by means of the salubrious air and medicinal waters, and he anticipates a long and tedious convalescence in the sleepy place. But Anger soon finds that despite the village's rustic appearance, it holds as much drama and tragedy as even London. Curgenven, a humpbacked dwarf and scheming attorney, has a diabolical plot to steal the ignorant villagers' land and resell it at a huge profit. Anger resolves to thwart the lawyer's plan, but he is not prepared for the dangerous secrets he will uncover, or the violent climax that his interference will provoke. . . .

Ernest G. Henham (1870-1946) published melodramatic popular novels as a young man before moving to Dartmoor for his health and reinventing himself as "John Trevena." Trevena was regarded as one of the finest novelists of his time, but today he has fallen into total neglect, and his books are all but unobtainable. This 100th anniversary edition of Sleeping Waters (1913) includes a new introduction by Prof. Gerald Monsman, who argues for reconsideration of Trevena as an important Edwardian writer and regional novelist as significant as Thomas Hardy.

"It would be difficult to find a novel more unusual or more original. That it is beautifully written, full of poetic passages, and contains many fascinating descriptions [...] will be regarded as a matter of course by those who have read any of [his] preceding books, and therefore know that John Trevena is unquestionably one of the most notable of living writers." - New York Times, Jan. 10, 1915

"The construction of the book is very artistic and is difficult to accomplish, but apart from its structural merits 'Sleeping Waters' has high value. [...] Our admiration for this author has been expressed over and over again. There is grasp and reach and power in [his] books [...] and they are books that place their author among the foremost of the English novelists." - Los Angeles Times, Feb. 21, 1915

"The story is magnificently told. . . . The vividness and monstrosity of the characters remind one of the Brontës." - Chicago Tribune, Jan. 13, 1915

"Sleeping Waters is a unique novel, and it discloses still further and more emphatically the genius of John Trevena." - Boston Transcript, Jan. 13, 1915 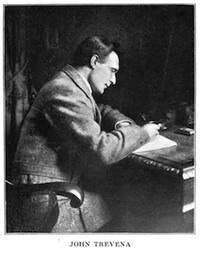