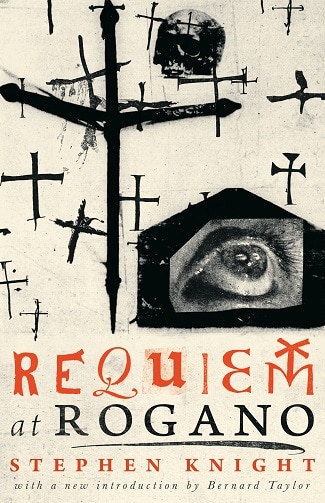 London, 1902. A string of murders committed by a killer the press has dubbed the Deptford Strangler has the police mystified. The victims seem to have nothing in common, and the crimes appear random and motiveless. Meanwhile, retired Inspector Brough and his nephew Nicholas Calvin, researching a book on the history of murder, unearth a series of killings committed in Rogano, Italy in 1454 identical in pattern to the present-day crimes. What possible connection could there be between these horrific events separated by over 450 years? Brough and Calvin are determined to find out—but they are not prepared for the terrible truth they will uncover.

Originally published in 1979, Requiem at Rogano was the only novel by Stephen Knight (1951-1985), best known for a nonfiction bestseller that promised the ‘final solution’ in the case of Jack the Ripper. This new edition of Knight’s novel, a page-turning supernatural thriller whose plot twists will keep readers enthralled, features an introduction by Bernard Taylor.

“A superlative thriller . . . I have not had such a good weekend with a thriller for years . . . I recommend this to all who enjoy literate crime fiction.”—Martin Seymour-Smith, Financial Times 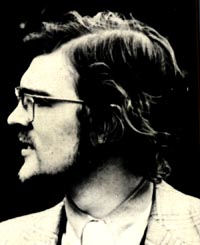 Stephen Knight was born in Hainault, Essex in 1951. He left school at sixteen to pursue a career as a journalist. He was a reporter on several weekly London papers and by age 20 had become chief reporter of one of them. In 1973, Knight met a man who claimed to know the truth behind the Jack the Ripper murders. Knight investigated the case, obtaining access to previously closed files of the Home Office and Scotland Yard. This led to his first book, the bestselling nonfiction work Jack the Ripper: The Final Solution. His first and only novel, Requiem at Rogano, appeared in 1979 to generally positive reviews, and a further nonfiction work, The Brotherhood, purporting to expose the secrets of the Freemasons, appeared in 1984.

In 1977, Knight began to suffer from epileptic seizures, and in 1980 he agreed to take part in a BBC documentary on epilepsy after seeing an advertisement in the newspaper. As part of the television program, a brain scan was taken, which revealed a brain tumor. Though surgeons removed the tumor, it recurred four years later, and Knight died in 1985 at age 33.