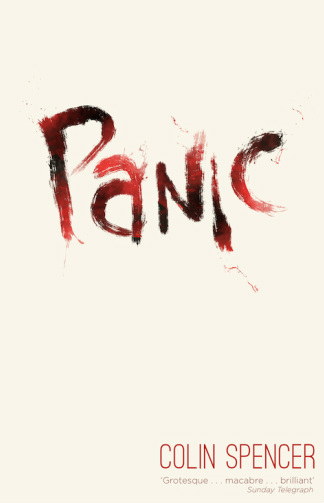 ﻿Panic (1971)﻿
Colin Spencer
With a new introduction by the author

One year ago, Rod Johnson’s life was shattered by the kidnapping and murder of his young daughter Lucy and the suicide of his wife. Convinced that the police are not doing enough to find the man responsible, Rod has become obsessed with tracking down the killer himself in an effort to understand how anyone could commit such a heinous crime. His quest leads him to an array of strange characters: Emma, a young woman on the run from her past, her uncle Woody, an old man with a dark secret, the dwarf Jumbo and his accomplice in crime, Trigger, a lesbian burglar. Told alternately from each character’s point of view, it is a bizarre story of unprecedented panic . . .

First published in 1971, Colin Spencer’s Panic, with its seedy Brighton setting, drew comparisons to the works of Graham Greene and earned widespread critical acclaim for its psychological insight into the mind of a killer. This edition features a new introduction by the author.

‘Seediness, obsessions, sex and violence, glimpses of underworld Brighton—all this might sound like Greeneland Revisited, but Colin Spencer’s Panic is strong enough to stand on its own feet without invidious comparisons.... As an imaginative achievement Mr. Spencer’s success in seeing the killer from the inside is especially impressive.’ – Observer

‘This is a disturbing, beautifully imagined novel, serious in intent . . . and written with a great sense of commitment.’ – New Statesman

‘Spencer indulges his taste for the lurid, the grotesque and the macabre to the full in Panic . . . a writer of brilliant . . . talent.’
– Sunday Telegraph

‘It is a book written with deep compassion and understanding. It is a firm statement, the like of which far too few novelists dare make.’ – Time Out

‘Colin Spencer creates a vivid and authentic world of nightmare, governed by outrage and violation, and concealed from the authorities by fear.’ – Times Educational Supplement 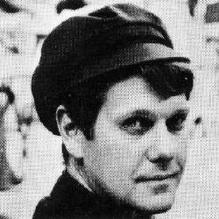 More recently, Spencer has devoted himself to painting and to writing a trilogy of autobiographical works, the first of which, the memoir Backing into Light: My Father’s Son, was published by Quartet in 2013. He lives in East Sussex.
Valancourt Books | PO Box 17642, Richmond, VA 23226 | 804.873.8528 | email
Copyright © 2022 by Valancourt Books, LLC. All rights reserved. Valancourt Books® is a registered trademark of Valancourt Books, LLC.
Banner art by M.S. Corley