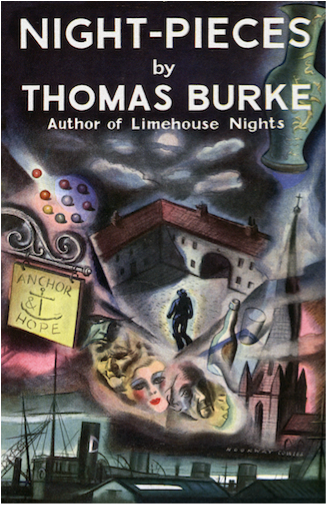 Perhaps no writer of the early 20th century had a better knowledge of London than Thomas Burke (1886-1945), and his collection Night-Pieces (1935) contains eighteen of his most haunting tales of that immense city’s dark back alleys, shadowy courts, and mysterious houses. In Burke’s London, anything might happen. You might turn round a corner and find yourself back in your childhood. A casual drink with a stranger might end with you—quite literally—losing your head. That pale, slightly sinister-looking man sitting across the restaurant might be a murdered corpse, returned from the dead. And those footsteps you hear following you as you walk along a foggy street, faintly lit by gaslight . . . well, let’s just say you had better not look behind you . . .
​
A groundbreaking and undeservedly neglected volume, Night-Pieces contains a wide variety of weird and outré tales, ranging from stories of crime and murder to tales of ghosts, zombies, and the supernatural. This is the first reprint of Burke’s collection since its original publication and reproduces the jacket art of the first British edition.

“An artist for whom I have always entertained a great admiration ... This is a volume of really good short stories.” – Gerald Gould, Observer

“A master of the psychology of fear, of the torments of the crime-burdened conscience ... ‘The Lonely Inn’ is close to a masterpiece.” – The American Mercury

“His talent is as great as ever ... in even the eeriest of them there is more fascination than horror ... excellent.” – Guardian 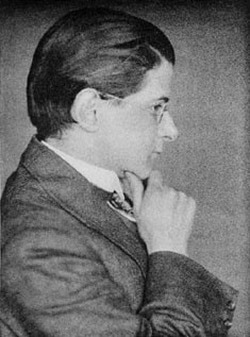 It is notoriously difficult to arrive at an accurate biography of (Sydney) Thomas Burke (1886-1945), and much of this is Burke’s fault, as he often included inaccurate or contradictory accounts in his autobiographical writings. What does seem clear is that he was born in London—in suburban South London, not in the East End as has been sometimes suggested—and that his father died shortly after his birth. Burke’s mother died when he was 10 or 11, and he was removed to the London Orphan Asylum, which he left around age 16 to work in an office. During his youth Burke seems to have become intimately familiar with the East End and the Limehouse district, a lower-class area inhabited largely by Chinese immigrants. His experiences and observations would lead to his first and biggest success, Limehouse Nights (1916), a collection of stories set in and around London’s Chinatown. This volume was a substantial popular and critical success and went through numerous reprintings on both sides of the Atlantic; one of its tales was the basis for a 1919 D.W. Griffith film, Broken Blossoms. Burke continued to write prolifically, often returning to Limehouse, such as with In Chinatown: More Stories from Limehouse Nights (1921), Whispering Windows: More Limehouse Nights (1928), and Abduction: A Story of Limehouse (1939). Night-Pieces (1935) was something of a departure for Burke, featuring a collection of mostly crime and horror stories. The book was well reviewed, and Burke followed it up with the less successful Dark Nights (1944). In the decades following his death in 1945, Burke was remembered chiefly (if at all) for Limehouse Nights, but more recent critics, including S. T. Joshi and Jessica Amanda Salmonson, have recognized Burke’s contributions to weird fiction, and a few of the stories in Night-Pieces are regularly included in mystery and horror anthologies.