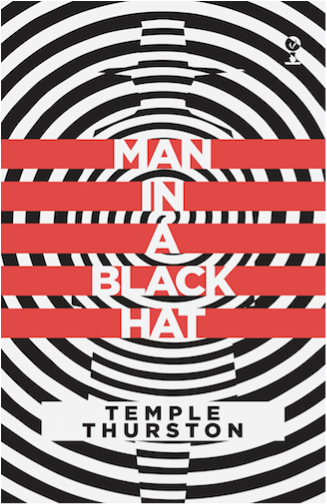 This strange novel opens at a country estate sale, where after a round of intense bidding, Mr Crawshay-Martin wins the auction for a 16th-century manuscript containing the occult secrets of the order of the Rosicrucians. But he does not get to enjoy his purchase long: the following morning, he is found dead inside his locked room, his throat slashed and the book missing. The police write the case off as a suicide, but Crawshay-Martin's friend Dr Hawke isn't so sure. He suspects the mysterious Gollancz, whose face, partly concealed beneath a black sombrero hat, does not seem to have aged a day in thirty years. Who is Gollancz, and what terrible powers of life and death does he possess? Temple Thurston's weird story will keep readers guessing until the final confrontation between the doctor and the Man in a Black Hat.

This edition of Man in a Black Hat (1930) is the first in over eighty years and features a new introduction by Mark Valentine, who argues Thurston's novel deserves a place alongside other classic occult-themed works of the period by writers such as Charles Williams and David Lindsay.