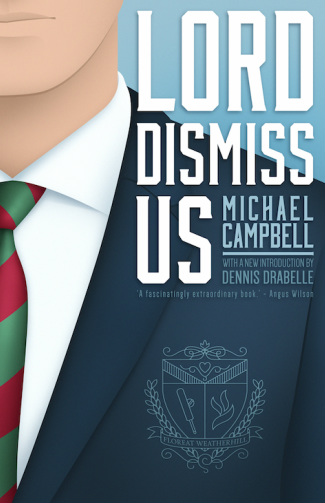 Mr Crabtree has just arrived to take over as headmaster at Weatherhill, an English public school whose reputation is on the decline, and with the help of his meddlesome wife and odious daughter, he is determined to turn things around. But Crabtree is totally devoid of either sympathy or understanding and his misguided efforts lead to hilarious disasters, such as when he invites a girls’ school for tea to try to woo the boys from their ‘unnatural ways’. Meanwhile, Mrs Crabtree is infatuated with the chaplain, whose sermons about ‘the burning fire’ are a source of constant merriment to the boys, and Dr Kingsly is arranging the annual school play, not thinking of how the homophobic Crabtree will react to seeing the boys dressed as girls. Yet mixed with the comedy are two private tragedies: Eric Ashley, a brilliant young teacher, is struggling to come to grips with his homosexuality, and Carleton, a senior boy, finds himself strangely drawn to Allen, a fellow member of the cricket team. It all moves inexorably towards a tremendously funny and heartbreakingly sad final day of the school year, when the titular hymn will be sung and more than one character will leave Weatherhill forever. . . .

Widely praised on its initial publication, Lord Dismiss Us (1967) is reprinted here for the first time in three decades. This edition includes a new introduction by Dennis Drabelle, award-winning critic and contributing editor to The Washington Post Book World.

‘It is seldom that I read a new novel which I not only admire but really enjoy. I admire Lord Dismiss Us as a brilliant work of art and I enjoyed it so much that I hated to finish it.’ – Christopher Isherwood

‘Marvellous. I read it very slowly because I was enjoying it so much. I think it achieves a sort of tragic beauty and it is really about love, which all novels profess to be about, but hardly any are.’ – Iris Murdoch

‘This is a fascinatingly extraordinary book which combines the force of Decline and Fall, the Gothic enormities of the Powys brothers, and conveys them with that innate compassion for adolescence that marked Iris Murdoch’s The Bell.’ – Angus Wilson

‘It is difficult in a brief space to do justice to this extraordinary and brilliant novel. It is funny and tragic, extravagant and yet controlled. Its characters leer and grimace and startle like gargoyles, and like gargoyles they have a compelling liveliness.’ –Times Literary Supplement

‘A remarkable evocation of the process of growing up and the ghastly but somehow paradisal closed world of school. I admire particularly the extreme economy of the writing and the way in which the characters are limned chiefly by what they say—the true way of fiction, the dramatic way. The book certainly adds to Mr. Campbell’s stature and is probably the best thing he has ever done. This, of course, means that it is a very good novel indeed.’ – Anthony Burgess

‘[T]he humorous is nicely balanced with the serious. The characters are not mere targets for the author’s wit, but people who might do something unexpected if the author took his eye off them.... What an extraordinary world Mr Campbell has brought to life!’ – Irish Times

‘Simply the best novel by Michael Campbell to date. . . . The terrible claustrophobic atmosphere of private education is caught to the life, or death.’ – Observer 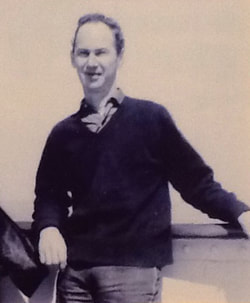 Michael Campbell was born in Dublin in 1924, the son of Charles Henry Gordon Campbell, 2nd Baron Glenavy, and Beatrice Elvery. He was educated at St. Columba’s College, a boarding school in Dublin – which later served as the model for Weatherhill in Lord Dismiss Us (1967) – and Trinity College, Dublin. He was called to the Bar by King’s Inns, Dublin in 1947, but quickly turned from the law to journalism, working as an Irish Times correspondent in London for several years. Campbell’s first novel, Peter Perry, was published in 1956 but was withdrawn after the threat of a libel action. His other comic novels, including Oh Mary, This London (1959), The Princess in London (1964), and Nothing Doing (1970), were well received, but Campbell is chiefly remembered for Lord Dismiss Us, which was widely praised by critics in Britain, Ireland, and the United States, and is regarded as perhaps the finest novel ever written about English public school life.

Campbell and his partner, William Holden, a publicity director for the publishing firm of William Heinemann, lived for many years in Oxfordshire, where they were friends and neighbours with the novelist Iris Murdoch and her husband John Bayley; Murdoch was particularly effusive in her praise of Lord Dismiss Us.