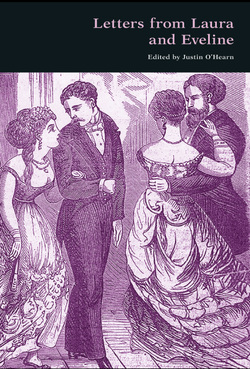 Letters from Laura and Eveline (1883)
Anonymous, Edited by Justin O’Hearn

“There is a boldness in the idea upon which are based the two letters comprised in this volume, which, in spite of its monstrosity, might, with an abler and more delicate treatment, have lent itself to the creation of an attractive narrative. Conceptions equally impossible and contrary to the laws of nature have been productive of readable stories. Laura and Eveline are hermaphrodites, capable of enjoyment both active and passive, and they recount the incidents of their weddings, which take place simultaneously. [...] After these details, as disgusting as they are absurd, follows the description of an orgie, still more filthy and impossible, enacted by numerous ladies and gentlemen, at a London club, in honour of the said nuptials. The work, which is from the pen of its publisher, is mainly remarkable for its gross obscenity both in idea and language, and possesses no literary merit whatever.”

Letters from Laura and Eveline was first published in 1883 and was marketed as an "appendix" to the better-known The Sins of the Cities of the Plain (1881). Inspired in part by the real-life case of Boulton and Park, two young men whose cross-dressing led to their prosecution for sodomy in London in 1871, this text is, as Justin O'Hearn argues in his introduction to this edition, a fascinating example of the erotic literature that was clandestinely published in the late Victorian era. This edition reprints the only example of the book known to exist, the copy of the 1903 edition held by the British Library, and features an appendix containing rare contextual materials and illustrations. 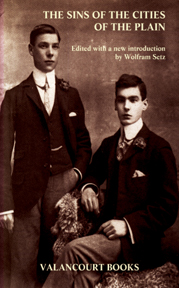