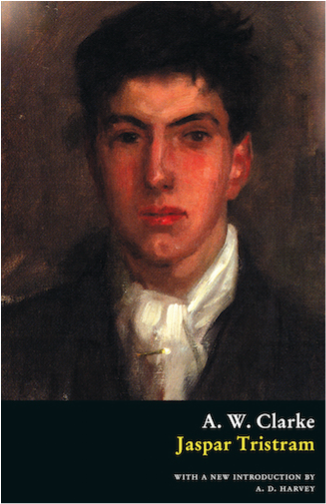 Based on the author’s boarding school experiences at Radley College in the late 1870s, Jaspar Tristram (1899) is an extraordinary psychological study of the eponymous hero, tracing his thoughts and emotions as he proceeds from boyhood towards young adulthood: his unhappiness at school, his affection for the older boy Orr and later his love for his friend L. C. ‘Elsie’ Southwood. As A. D. Harvey writes in the Introduction, it is ‘one of the most painfully convincing portrayals of adolescence ever written’. Though presented in the safer guise of a story of ‘schoolboy friendships’, it is also one of the earliest gay-themed English novels ever written.

Praised by late-Victorian critics, Jaspar Tristram quickly became a cult favourite in gay literary circles, counting Oscar Wilde (who called it ‘charming’), Edward Carpenter, and Marc-André Raffalovich among its admirers, and it is also a likely influence on E. M. Forster’s Maurice and Evelyn Waugh’s Brideshead Revisited. This first-ever republication of the only novel by A. W. Clarke (1860-1913) reprints the unabridged text of the scarce first edition and includes a new introduction.

‘Mr Clarke is familiar with school-life, and writes about it amazingly well. The book deserves the attention of all those who care for the finer qualities of fiction. It is a remarkable book.’ – The Times

‘A real masterpiece.’ – The Academy

‘There is real power in it, and power of a somewhat rare kind. The author makes his story live as a real one to the mind of the reader.’ – The Speaker

Edward Ashley Walrond Clarke was born in 1860. From 1876 to 1879, he was a pupil at Radley College, experiences which would later serve as the basis for his only novel, Jaspar Tristram (1899). This book inspired mixed reviews: some critics thought it a masterpiece and compared it favourably with the works of Henry James, while others considered it dull and morbid. Though the novel did not sell well enough to run into a second edition, it gained a cult popularity in gay literary circles, being avidly read by Oscar Wilde, Edward Carpenter, and Marc-André Raffalovich among others, and may well have been an influence on E. M. Forster’s Maurice and Evelyn Waugh’s Brideshead Revisited. Little is known about Clarke’s life, except that he joined the Foreign Office in 1881 and by 1909 was stationed in Zanzibar, where he died of heart failure in 1913.