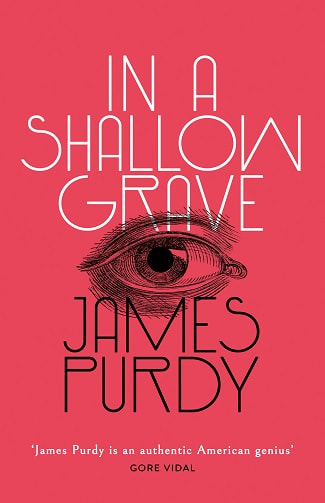 ﻿In a Shallow Grave (1975)
James Purdy
Introduced by Andrew Schenker

Garnet Montrose returns home from Vietnam to small-town Virginia with injuries so terrible that people become ill at the sight of him. Seeking assistance and companionship in his isolation, Garnet hires two young male caretakers, Quintus and Daventry. His interest and curiosity are awakened by the books Quintus reads to him, but in the handsome Daventry he finds a powerful, transformative love unlike anything he has experienced before. In this story of the strange, moving relationship of these three men, by turns Gothic, mystical and grotesque, James Purdy has crafted one of his most memorable novels.

​Widely acclaimed by critics during his lifetime and championed by writers as diverse as Gore Vidal, Tennessee Williams, and Jonathan Franzen, James Purdy (1914-2009) is now being rediscovered as a major figure in modern American literature. This long-awaited reissue of one of his finest works, In a Shallow Grave (1975), features a new introduction by Andrew Schenker, who argues that Purdy “provides a reading experience that is deeper, weirder, and ultimately more satisfying than the offerings of just about any other American novelist.”

“One of the very best writers we have.” - New York Times Book Review

“A writer of the highest rank in originality, insight and power.” - Dorothy Parker 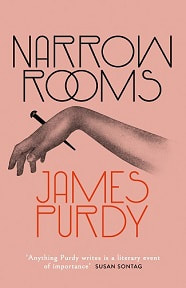