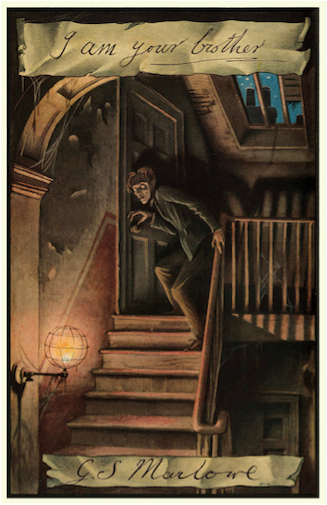 ﻿I Am Your Brother (1935)﻿
G.S. Marlowe
With a new introduction by Phil Baker

Everything seems to be going right for Julian Spencer. The brilliance of the young composer’s work is beginning to be recognized, and he is engaged to marry a beautiful woman. There’s just one thing that stands in the way of his happiness. In the attic, behind a locked door, lives Julian’s monstrous half-brother, the deformed result of a mad scientist’s botched experiment, a creature with a ravenous, insatiable appetite for raw, bloody meat . . .

G. S. Marlowe’s bizarre horror novel I Am Your Brother (1935) was published to positive reviews from bemused critics, who admitted they had no idea what the book was actually about, and became a cult favorite in the 1930s. This edition reproduces the original jacket art by Rex Whistler and includes a new introduction by Phil Baker, who casts a new light on the book’s obscure author.

“Genuine horror ... it will keep you from sleeping for some time.” – New Yorker

“A piece of exciting lunacy ... The projection of a nightmare ... The book has a weird excitement of its own ... a very mad thriller.” – Sunday Times (London)
​
“This is a remarkable novel ... the phantasmagoric writing ... leaves one with the impression of a sort of mad genius on the part of the writer. The story is indubitably rapid and vivid, and sometimes genuinely moving.” – Saturday Review
​

G. S. Marlowe was the pseudonym of Gabriel Beer-Hofmann, about whom not much is known. He was born in 1901, the son of Viennese Jews, and was active in London in the 1920s and ’30s as a theatre director, screenwriter, and author. Records indicate he also travelled to America at least three times between 1926 and 1934, and he may have been involved in screenwriting in Hollywood. In 1934, he married Sybil Ryall at Westminster St. Margaret in London, and in 1939 he legally changed his name to Gabriel Sebastian Marlowe. His sole literary success was I Am Your Brother (1935), which garnered positive (if bemused) critical reviews and attracted a cult following. According to his friend Julian Maclaren-Ross, Marlowe left England for Norway in 1940, and it was long presumed that he perished there during the Second World War, a rumor he apparently never bothered to contradict. However, more recent evidence indicates that he lived the remainder of his life quietly in England and died in 1971 at St. Albans, Herefordshire.
​
Valancourt Books | PO Box 17642, Richmond, VA 23226 | 804.873.8528 | email
Copyright © 2022 by Valancourt Books, LLC. All rights reserved. Valancourt Books® is a registered trademark of Valancourt Books, LLC.
Banner art by M.S. Corley