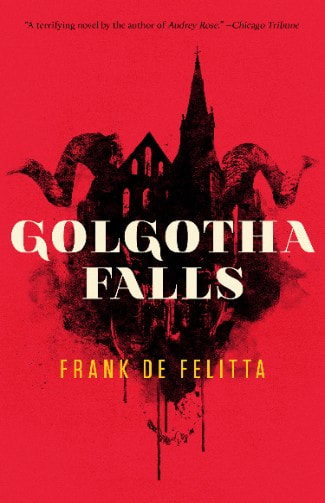 Golgotha Falls lies in a desolate and blighted valley in northern Massachusetts where, in 1919, Father Bernard K. Lovell, priest of the Church of the Eternal Sorrows, fell prey to isolation and despair and entered a dark night of madness, necrophilia and suicide. Then, in 1978, a Jesuit priest was sent to reconsecrate the church but found himself seized in the foul grip of bestiality. Now Father Malcolm, a saintly priest, has arrived to do battle with the forces of Satan that have possessed the church, while two brilliant scientists of the paranormal from Harvard University have traveled to the site to investigate a century's worth of bizarre happenings. None of them are prepared for what they will encounter – an evil dating back to the dawn of time that could bring about the end of days . . .

In Golgotha Falls (1984), Frank De Felitta, author of the bestselling novels of the occult Audrey Rose (1975) and The Entity (1978), delivers another chilling page-turner of horror and the supernatural. The Entity is also available from Valancourt Books.

“Total entertainment . . . one of those roaring new-wave horror novels that has the power to keep the reader hooked from the first few lines.” – Whitley Strieber

“A terrifying new novel by the author of Audrey Rose.” – Chicago Tribune 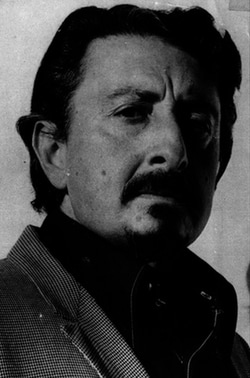