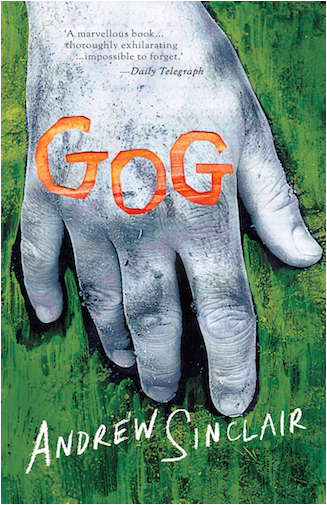 A seven-foot-tall man washes up naked on the Scottish coast with no memory of his past and no clue to his identity except the words “Gog” and “Magog” tattooed on his knuckles. Knowing only that he must somehow get to London, he sets off on foot on a four hundred mile journey across Britain. As we accompany him on his surreal quest and share his strange adventures – by turns hilarious, horrific, bawdy, and bizarre – unexpected truths gradually emerge not only about his own past but also the history of Britain itself.

A towering achievement that blends myth, history, epic fantasy, Gothic horror, and picaresque adventure, Gog (1967) was acclaimed by critics on both sides of the Atlantic, who compared it to the great works of Cervantes, Swift, Fielding, Dickens and Joyce. This new edition, the first in decades, joins two other classics by Andrew Sinclair also available from Valancourt.

“The best tribute to Gog . . . is the fact that we must evoke weighty names for its best qualities. Inevitably one turns to Cervantes and Swift . . . Laughter, horror, violence and lust all are facets of Gog’s unconcluded quest-journey, which may be long remembered.” – Edmund Fuller, Wall Street Journal

“A walpurgisnacht extravaganza upon the whole history of Britain from Stonehenge to Stansted . . . a quirkish, wild gothick explosion of a book. . . . it’s Rabelais and Charles Williams rolled into one, and I enjoyed every surprising paragraph of it.” – The Listener

“This randy romp of images, prophetic, paradoxical, perverse, seems more a cross-section of the national unconsciousness than any novel can properly be . . . it will bear comparison with the most serious attempts to get at the matter of Britain. Sinclair is still warming up. We can confidently expect things of him that none of his contemporaries are capable of.” – Robert Nye, The Guardian

“A marvellous book. It is a thoroughly exhilarating, freewheeling performance full of panache, effortlessly contained history, and spilling over with scenes that are impossible to forget.” – Daily Telegraph

“Gog is written in the present tense but the atmosphere is medieval. It’s a Gothic fairy tale, all angles and distortions and devils in hobnailed boots; it’s a Norse mythology, full of giants with clubs and coalscuttle heads; it’s Druidic, Powysian, supernatural, the history of Albion, all her sons and daughters, all the rot and rain, all the pestilence, the horror, the dread and the delight bubbling up and erupting and resurrecting itself in the here and now, bursting out of the past as Gog tramps through the living land trying to fathom who he is. The book sears and scalds, it’s the vision of a cold, planetary eye, and somehow it all founders in the end, goes mad like a cancer and finally smashes in a blind fury of destruction. I’m still reeling. I think there’s genius in it.” – Philip Callow, Books and Bookmen

“It is an immense, sprawling, rambling, feverish hot-house of myth and gross vitality and confusion and fierce imaginative nightmare.” – Northern Echo

“A bustling, learned, feverish novel ... a vivid nightmare with quiet interludes ... full of energy, power, lust and humour. It sticks in the mind.” – Oxford Mail 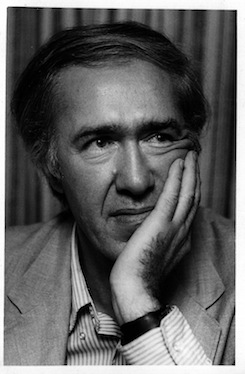