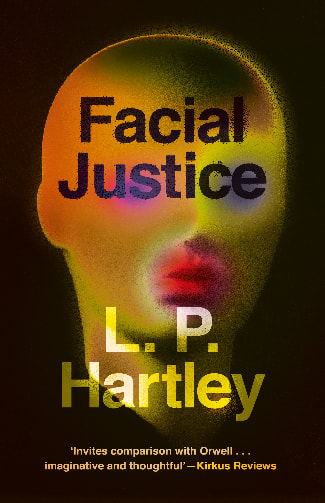 World War III left the world in ruins, but now a new society has sprung up from the ashes, ruled by an unseen dictator who believes a system of strict equality is the best way to prevent future strife. Too much beauty, intelligence, or personality is severely frowned upon. Those who run afoul of the Dictator are punished, sometimes with death and sometimes with a more mysterious and terrible fate, being “emptied”.
​
Jael 97 is an Alpha, whose beauty makes her a target for the Ministry of Facial Justice, where she is expected to submit to having her face altered into a plain, standardized Beta face. But Jael’s rebellious spirit refuses to submit to the Dictator’s demands. Instead she rises up against his tyranny and decides to hunt him down . . .

Cited by Anthony Burgess (A Clockwork Orange) as one of the best modern English novels, Facial Justice (1960) is an unusual dystopian tale that deserves consideration alongside the works of Orwell and Huxley. This reissue makes L. P. Hartley’s classic available to American readers for the first time in over fifty years.

“An exquisitely entertaining fantasy.” - The Observer

“Every bit as horrifying [as] George Orwell and Aldous Huxley . . . The book is compelling and Mr. Hartley writes with power and distinction.” - Sydney Morning Herald 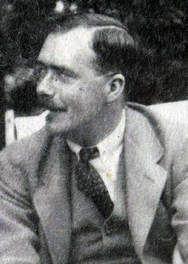 Leslie Poles Hartley­ was born in Whittlesey, Cambridgeshire in 1895, the son of a solicitor. He was the author of over twenty volumes of fiction, the best known of which are The Go-Between (1953), which is regarded as a modern classic and was adapted for a 1971 film directed by Joseph Losey, and the Eustace and Hilda trilogy (1944-47), the final volume of which won the James Tait Black Memorial Prize. Hartley was also an accomplished author of supernatural and macabre tales, some of which appeared in his collections Night Fears (1924) and The Killing Bottle (1932) and were compiled in the Arkham House edition of The Travelling Grave and Other Stories (1948). Hartley was awarded a CBE in 1956 and died in 1972.
Valancourt Books | PO Box 17642, Richmond, VA 23226 | 804.873.8528 | email
Copyright © 2022 by Valancourt Books, LLC. All rights reserved. Valancourt Books® is a registered trademark of Valancourt Books, LLC.
Banner art by M.S. Corley