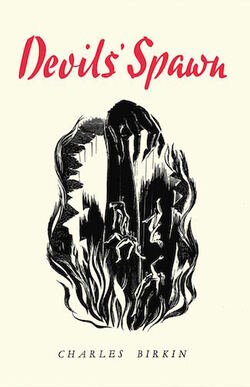 An important, though neglected, figure in twentieth-century British horror fiction, Sir Charles Birkin (1907-1985) began his literary career as editor of the popular – and now highly collectible – Creeps series of horror anthologies in the 1930s, which featured tales by well-known writers such as H.R. Wakefield, Lord Dunsany and Russell Thorndike, as well as contributions by Birkin himself.

A master of the conte cruel, often with a Grand Guignol finish, Birkin found true horror not in ghosts or the supernatural but in the hearts of men and women. Never before reprinted and extremely scarce, Devils’ Spawn (1936) collects sixteen of Birkin’s stories, many of them first published in the Creeps volumes, including the horror gems “The Terror on Tobit” and “The Harlem Horror”. Birkin’s collection The Smell of Evil (1965) is also available from Valancourt Books.

“Not for the squeamish. Be warned, if you are at all sensitive, leave him well alone.” - Hugh Lamb 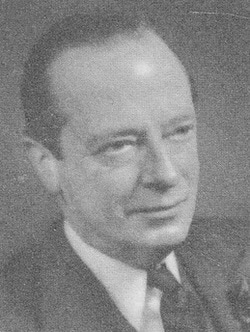 Charles Lloyd Birkin was born in England in 1907 and was educated at Eton College from 1921-1926. His contributions to British horror began in 1932 when publisher Philip Allan employed him to edit the Creeps series of short story collections, which included volumes with titles like Creeps, Shudders, Shivers, Nightmares, Tales of Death, and Tales of Fear. The books, with their sensational dust jacket art and stories by writers like H.R. Wakefield, Lord Dunsany, Russell Thorndike, and Birkin himself (under the name Charles Lloyd) are highly collectible today and were the precursors of later popular British horror anthologies, such as the Pan Books of Horror Stories. Birkin’s contributions to the Creeps volumes were collected in his first book, Devil’s Spawn (1936), the last book published by Birkin before a long hiatus. In 1942, he succeeded his uncle as the 5th Baronet Birkin, and he served in the Second World War in the Sherwood Foresters.

After a long break, Birkin resumed writing following his return to London in 1960, and, perhaps at the instigation of Dennis Wheatley, began publishing new collections of short stories with The Kiss of Death (1964), for which Wheatley provided an introduction. Several more volumes of tales followed between 1965 and 1970, including The Smell of Evil (1965), also introduced by Wheatley. From 1970 to 1974 Birkin lived in Cyprus, which he fled in the wake of the violence that followed the Turkish invasion. He and his wife, Janet, spent their later years in the Isle of Man, where Birkin died in 1985.
Valancourt Books | PO Box 17642, Richmond, VA 23226 | 804.873.8528 | email
Copyright © 2022 by Valancourt Books, LLC. All rights reserved. Valancourt Books® is a registered trademark of Valancourt Books, LLC.
Banner art by M.S. Corley