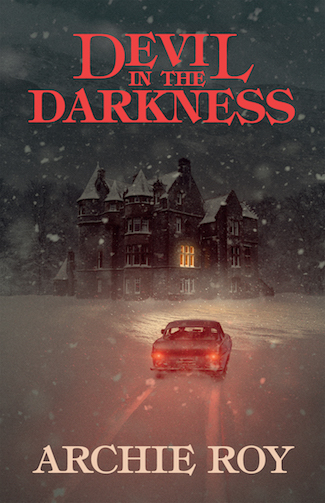 En route to their honeymoon in the Scottish Highlands, Paul and Carol Wilson lose their way in an unseasonable blizzard and are forced to take shelter in remote Ardvreck House.

But this sprawling, dilapidated Victorian mansion, with its reputation as the scene of violent unsolved mysteries, is also playing host to an eclectic and mysterious group of people who are engaged in a bizarre experiment. It soon becomes clear that even more threatening than the worsening storm outside are the dangers within: The Wilsons and the rest of the assembled company may not survive their stay, as Ardvreck House, home to a century-old evil, refuses to give up its long-buried secret - the devil in the darkness.

Renowned professor of astronomy Archie Roy was also a prominent researcher in the field of the paranormal. Drawing heavily on his own experience and investigations, Devil in the Darkness (1978) is a chilling haunted house story in the tradition of Shirley Jackson's The Haunting of Hill House and Richard Matheson's Hell House. This new edition makes Roy's sixth novel available in America for the first time and includes a new introduction by Greg Gbur.

‘Exciting thriller, as good as a Hammer movie, with supernatural doings in an evil mansion.’ - Alastair Philips, Glasgow Herald 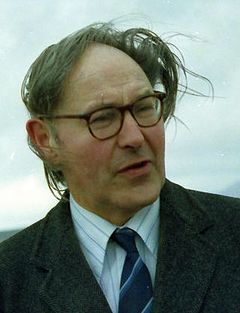 Archie Roy was one of Scotland’s most distinguished astronomers, a longtime professor at Glasgow University, and the author of some thirty books, including six novels. A world expert on celestial mechanics and the movements of heavenly bodies, Roy’s knowledge of orbital motion led to NASA seeking his help in calculating trajectories for space probes in the series of lunar missions that led to the moon landing in 1969. But Roy was also an investigator of the paranormal, bringing a scientifically rigorous approach to the study of mediums and haunted houses and earning himself the nickname of ‘Glasgow’s ghost buster’ in the process. His six novels, of which Devil in the Darkness (1978) was the last, often blend elements of horror, science fiction, and thriller, and were well reviewed when originally published, earning comparisons to H.G. Wells and John Buchan. Roy died at age 88 in 2012.
​
Valancourt Books | PO Box 17642, Richmond, VA 23226 | 804.873.8528 | email
Copyright © 2022 by Valancourt Books, LLC. All rights reserved. Valancourt Books® is a registered trademark of Valancourt Books, LLC.
Banner art by M.S. Corley