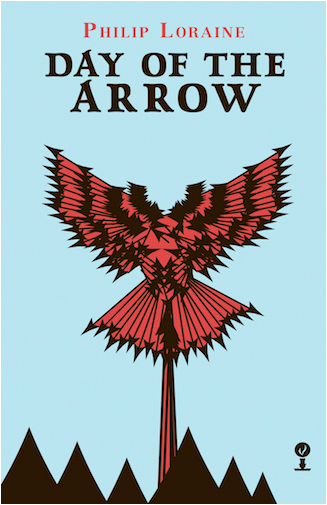 James Lindsay has been summoned to the ancient estate of Bellac by his old flame, Françoise, to help her husband, Philippe de Montfaucon, who has inexplicably become convinced that he is about to die. His fears may not be unfounded: in old tomes in the castle’s library, Lindsay learns that almost every male Montfaucon has met with a mysterious and untimely end. Now with the ancient festival of Les Treize Jours approaching and the castle filling up with strange and sinister visitors, Lindsay must unravel an intricate and horrifying web of legend and superstition to save Philippe from a terrible fate . . .

A chilling and suspenseful masterpiece of modern Gothic fiction, Day of the Arrow (1964) earned widespread acclaim from critics and was adapted for a 1966 film, Eye of the Devil, starring David Niven, Deborah Kerr, and Sharon Tate.

‘The sophisticated and the primitive, the seen and the half-seen . . . homosexuals and witches, in an intriguing mixture of old and new.’ – Chicago Tribune

‘Brooding, atmospheric . . . an ancestral castle and its village are the setting for a highly civilized and aristocratic nightmare . . . full of tantalizing and terror-filled symbols.” – Anthony Boucher, New York Times

‘A story to haunt you.’ – New York Herald Tribune

‘Chilling . . . weaves a spell of terror . . . Day of the Arrow is something for the connoisseur.’ – Charleston News and Courier

Philip Loraine was the pseudonym of Robin Estridge, a prolific novelist and screenwriter. Born in 1920, Estridge wrote many novels of crime and suspense under the Loraine name and also wrote literary fiction under his own name. He is perhaps best remembered today for Day of the Arrow (1964), published under the Loraine pseudonym and adapted by Estridge for the screenplay of the film Eye of the Devil (1966), starring David Niven, Deborah Kerr, and Sharon Tate. Robin Estridge died in 2002.