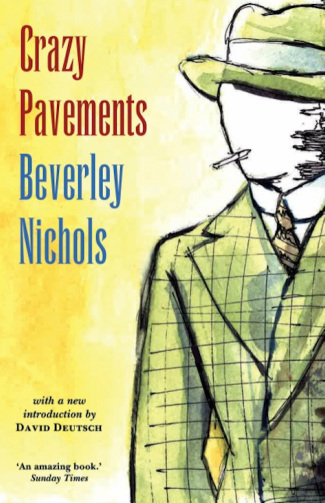 Brian Elme ekes out a livelihood making up stories about celebrities for a tabloid gossip column. When an angry Lady Julia Cressey spots one of Brian’s stories about her, it looks like the end of his journalism career—until she sees how young and handsome he is. Overnight, Brian finds himself the star of society, charming everyone with his beauty and ingenuousness and growing accustomed to late night parties, decadent dinners, and eternal cocktails. As Brian finds himself led down the path of depravity by his new friends, will he be able to maintain his innocence?

Beverley Nichols (1898-1983) was one of the ‘Bright Young People’, a group of socialites well-known in 1920s London for their drinking, drug use, and elaborate parties, and in this novel he satirized the set to which he belonged. Inspired in part by Wilde’s The Picture of Dorian Gray and an influence on Evelyn Waugh’s novels, Crazy Pavements (1927) was a bestseller in its day and has lost none of its ferocious humour. This edition, the first in more than seventy years, includes a new introduction by David Deutsch discussing the novel’s themes, including its gay subtexts.

‘With this book he establishes his claim to rank as a vastly entertaining observer of human life. He has a very attractive style, a frequently delicious humour, and a dramatic sense of situation.’ - Arthur Waugh, The Daily Telegraph

‘It is altogether a brilliant affair.’ - Bystander 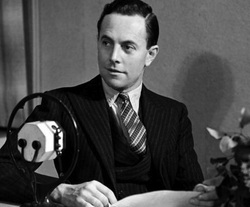 (John) Beverley Nichols was born in Bristol in 1898. He was educated at Marlborough College and Balliol College, Oxford, and published the first of his more than sixty books, a novel called Prelude, in 1920. While a student, Nichols became known for his outspokenness on political topics and issues like women’s rights; he continued to espouse strong views throughout life, becoming a pacifist and advocate for disarmament after the First World War and later, as an openly gay man, an advocate for sexual tolerance.

Nichols wrote several novels in the 1920s and 1930s, including Crazy Pavements (1927), a satire inspired by Nichols’s own experiences among the ‘Bright Young People’, which became a bestseller and was reprinted frequently throughout the following decade. He published a volume of autobiography covering his first twenty-five years, appropriately entitled Twenty-Five, in 1926, and in 1932 published his first work on gardening,  Down the Garden Path, which has remained continuously in print. Best known today for his gardening volumes, Nichols was a versatile writer in many genres, publishing poetry, plays, nonfiction, children’s books, and a number of well-regarded mystery novels.

Beverley Nichols met the actor Cyril Butcher in the early 1930s, and the two became lifelong partners. Nichols died in 1983.