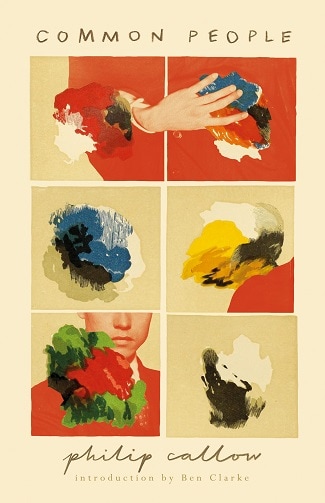 When Philip Callow’s Common People was first published in 1958, reviewer John Betjeman described it as “a genuine cry from a class usually silent in the literary world” and hailed it as one of the best books of the year. The story of a young working-class man from the Midlands who dreams of escaping to an exciting life in London but is torn between his desire for an artistic career and his need to be married and “know common joys”, Callow’s novel was widely praised for its originality and authenticity.

This first-ever reissue, featuring an introduction by Ben Clarke, will allow a new generation of readers to discover a work that deserves a place alongside its more famous contemporaries like John Braine’s Room at the Top and Alan Sillitoe’s Saturday Night and Sunday Morning.

“The most brilliantly successful account of English working-class life I have ever encountered in any medium.” – Penelope Mortimer, Sunday Times

“It is alive, the direct stuff of life, so direct it scarcely has the form of fiction, so present it is painful, so truthful it is cleansing, salutary and exhilarating.” – Isabel Quigly, Encounter

Philip Callow was born at Stechford, Birmingham in 1926 to a working-­class family. In a career spanning almost fifty years, Callow published poetry, sixteen volumes of fiction, and several biographies, including works on D. H. Lawrence, Van Gogh, Whitman, Cézanne, and Chekhov. His novels include his highly acclaimed debut The Hosanna Man (1956), which was withdrawn and pulped in response to a threatened libel suit; Common People (1958), which critic John Betjeman hailed as one of the best books of the year; and a trilogy of autobiographical novels often regarded as his finest work: Going to the Moon (1968), The Bliss Body (1969), and Flesh of Morning (1971). Callow died in 2007.