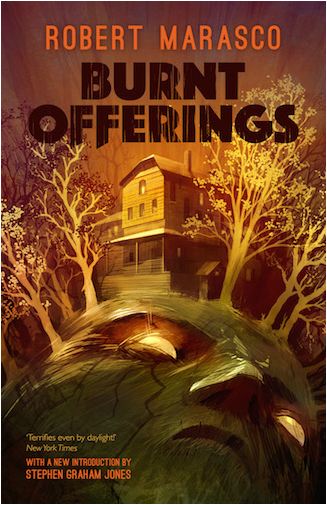 Ben and Marian Rolfe are desperate to escape a stifling summer in their cramped and noisy Queens apartment, so when they get the chance to rent a mansion in upstate New York for the entire summer for only $900, it’s an offer that’s too good to refuse. There’s only one catch: behind a strange and intricately carved door in a distant wing of the house lives elderly Mrs. Allardyce, and the Rolfes will be responsible for preparing her meals.

But Mrs. Allardyce never seems to emerge from her room, and it soon becomes clear that something weird and terrifying is happening in the house. As the suspense builds towards a revelation of what really lies behind that locked door, the Rolfes will discover that their cheap vacation rental comes at a terrible cost . . .

The basis for a classic 1976 film adaptation and an acknowledged influence on Stephen King’s The Shining, Burnt Offerings is one of the most original and scariest haunted house novels ever written. This edition, the first in decades, features a new introduction by award-winning author Stephen Graham Jones.

“Burnt Offerings has no peer. Better than Rosemary’s Baby, The Other, and The Exorcist.” — Hartford Courant

“Shirley Jackson’s The Haunting of Hill House . . . is the best, without question, but . . . my nominee for runner-up in the category—and a damned close runner-up at that—is Burnt Offerings . . . near brilliance . . . [a] disturbing tale, and one which comes highly recommended not just to fans of the genre but to the general reader.” -- Stephen King

“Insidiously frightening . . . It snares you early and draws you inexorably to one of the most nerve-shattering finales in years.” — Publishers Weekly

“Just pick a quiet place and an uninterrupted time to read this novel. You’ll be inclined to jump at sudden noises or even hurl the book at intruders.” — Chicago Tribune

“The novel terrifies. Even by daylight!” — New York Times 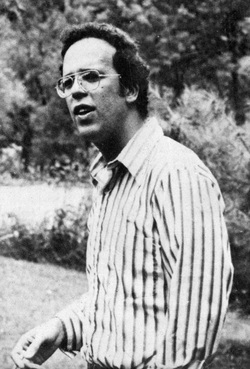 Robert Marasco was born in the Bronx in 1936 and educated at Regis High School in Manhattan and Fordham University. A classical scholar, Marasco taught at Regis before turning to writing, with Child’s Play, an eerie melodrama about incidents of evil at a Catholic boys’ school. The play was a surprise success in 1970, running for 343 performances on Broadway and earning a Tony Award nomination for best play of the year, and was adapted for a 1972 film.