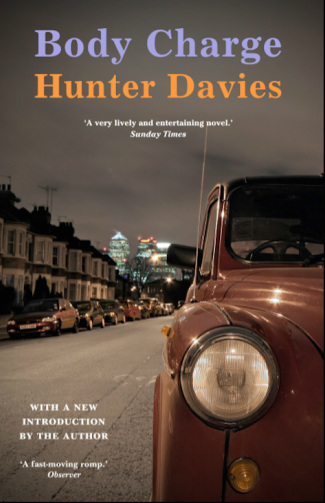 Thirty-year-old Franko Baxter has an uncomplicated life. He shares a flat with his Gran and works for a shady unlicensed minicab company, a job he likes because it gives him plenty of free time for his true passion: playing football. But things start to get more complicated when Franko gets involved with three of his passengers: Shuggy, a conceited young football star, Zak, a dropout on the dole with a nymphomaniac wife and three kids, and Joff Howard, a bisexual BBC producer. His life begins to get progressively crazier, but the biggest surprise is yet to come. Suddenly Franko finds himself entangled in a police investigation into the murder of a gay man - a mystery that will lead to some shocking revelations about his new friends . . . and himself.

Best known for his nonfiction, including his biography of the Beatles and his journalism and sports writing, Hunter Davies reveals his considerable talent as a novelist in Body Charge (1972). A clever mix of camp comedy and mystery thriller, Body Charge returns to print for the first time in forty years in this edition, which features a new introduction by the author.

‘Sharpish in dialogue, slick in characterization . . . made with sympathy and imagination.’ - Times Literary Supplement

‘Flows along at an entertaining speed.’ - Guardian 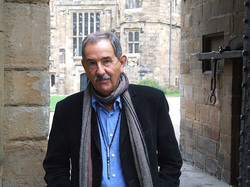 Hunter Davies was born in Johnstone, Renfrewshire in 1936. He graduated from University College, Durham, and afterwards worked as a journalist. His first novel, Here We Go, Round the Mulberry Bush (1965), was adapted for a major feature film. In 1968, Davies published the only authorised biography of the Beatles, entitled The Beatles; the book remains in print. He followed his first novel with four others, the last of which was Body Charge (1972), before turning his efforts to non-fiction writing. His book The Glory Game (1972) is regarded as one of the best books ever written about football and is still in print today. He has continued to write prolifically over the years and has published books in a variety of genres, including several series of children’s novels and a number of biographies. As a journalist, he still writes a column in the New Statesman (on football) and in the Sunday Times (on money). He and his wife, Margaret Forster, also a writer, live in London.
Valancourt Books | PO Box 17642, Richmond, VA 23226 | 804.873.8528 | email
Copyright © 2022 by Valancourt Books, LLC. All rights reserved. Valancourt Books® is a registered trademark of Valancourt Books, LLC.
Banner art by M.S. Corley