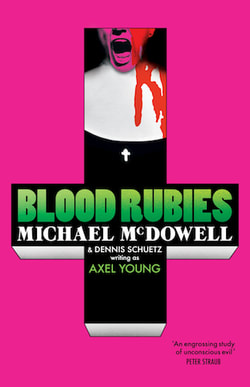 It would bring bad luck, they said. But she split her pair of ruby earrings and gave one to each of her beautiful twin babies. Within hours she was burned to death in a fire. The twins lived.

KATHERINE
​
Raised by a poor, childless couple, Katherine was shy and withdrawn, except in her love for the Sisters of the Immaculate Conception. In her heart, Katherine had found God. In her father’s heart, they found a butcher knife.

She grew up with all that money could buy. She was pretty and popular and went to the best schools. Her parents loved her dearly, and gladly did anything to please her. But what made Andrea happy, would make them dead.

THEY MET IN THEIR NIGHTMARES

In the dark of sleep, Katherine and Andrea had terrible dreams of being the other. Until the hand of evil that guided their waking lives brought them face to face with each other . . . and the crossed fate of horror awaiting them both.

“Blood Rubies is an engrossing study of unconscious evil, unreflective evil, and it is the sign of the book’s wit and audacity that the evil figure is a nun . . . At times I thought I was reading a peculiar combination of James M. Cain and Ronald Firbank . . . a beautifully crafted story.” - Peter Straub 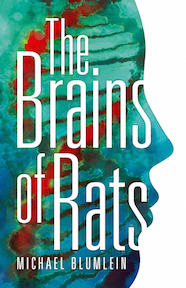 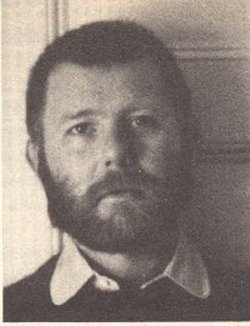