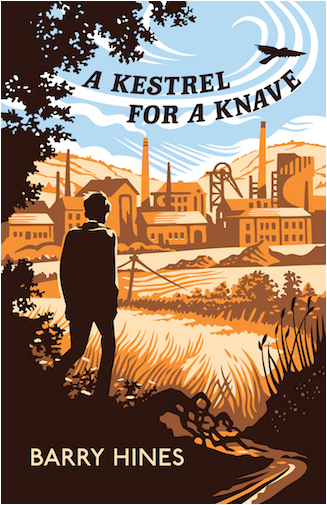 Billy Casper is a fifteen-year-old with no future, growing up in poverty and seemingly destined to follow his older brother into a life of toil in the coal mines. Life at home is hard: his father has left, his mother's main interest is in picking up men at the pub, and his brother bullies him mercilessly. Nor are things better at school, where Billy is tormented by the other kids and treated as a troublemaker by the teachers. But a spark of hope enters Billy's lonely existence when he discovers a young kestrel hawk, Kes, and learns to train it. Billy gives to Kes all the love and devotion he has been denied, and in the hawk's silent strength and fierce independence he finds inspiration and the courage to survive.

An enduring work of English fiction, Barry Hines's bestseller A Kestrel for a Knave (1968) has never been out of print in Great Britain, where both the book and Ken Loach's film adaptation Kes (1969) have long been regarded as classics. This edition, the first ever published in the United States, will allow American readers to discover this timeless and moving novel.

'A masterpiece ... Billy Casper is as memorable a young character as any post-war writer has created.' - Glasgow Herald

Barry Hines was born in 1939 in the mining village of Hoyland Common, near Barnsley, South Yorkshire. He attended Ecclesfield Grammar School, where he played football and was selected for the England Grammar Schools’ team. On leaving school, he worked first as an apprentice mining surveyor for the National Coal Board before entering Loughborough Training College to study Physical Education. He worked as a physical education teacher for several years, first in London and later in South Yorkshire, where he wrote novels in the school library after the children had gone home. He would go on to become a full-time writer, publishing nine novels and writing screenplays for film and television.

Hines is best known for his second novel, A Kestrel for a Knave, an immediate bestseller when published in Great Britain in 1968. The book has never been out of print in the United Kingdom, and it was adapted as a screenplay by Hines for a 1969 Ken Loach film, Kes, which is regarded as one of the great classics of British cinema.

He was elected a Fellow of the Royal Society of Literature in 1977 and has also been made an Honorary Fellow of Sheffield Hallam University.