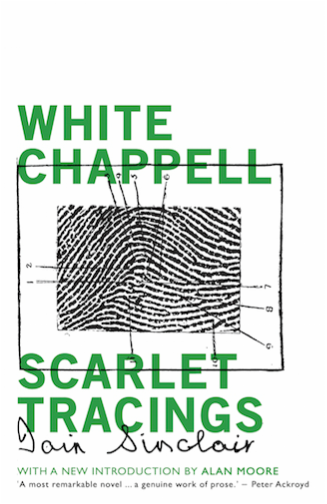 ‘In this extraordinary work Sinclair combines a sort of spiritual inquest or seance into the Whitechapel Ripper murders and the dark side of the late Victorian imagination with another plot-thread, done in hectic picaresque, of a posse of seedy book dealers hot on the trail of obscure rarities of that period. These ruined and ruthless dandies appear and disappear through a phantasmagoria – Dickensian London gripped by cholera, the shambles of a Victorian surgeon’s operating theatre, vultures flapping around the Farringdon Road bookstalls as the ropes come off – interspersed with occult conjurings and reflections on the nature of fiction and history.’

‘Iain Sinclair, in White Chappell, Scarlet Tracings, has provided much more than a brilliant debut ... a manifesto for a future literature that has more blood, more brains, and more mysterious beauty ... Those who aspire to understand what’s happening in modern writing should start here.’ – Alan Moore, from the Introduction

‘A work of integrity because it constantly takes serious risks ... I only wish there was more writing like this.’ – Kathy Acker

‘Sentence for sentence, there is no more interesting writer at work in English.’ – John Lanchester, Daily Telegraph 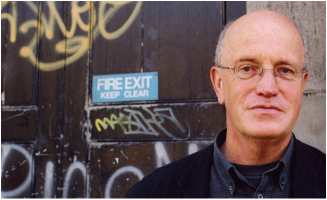 Iain Sinclair was born in Cardiff in 1943 and educated at Trinity College Dublin. He attended the Courtauld Institute of Art and the London School of Film Technique. Sinclair’s early work was mostly poetry, much of it published by his own small press, Albion Village Press. His first novel, White Chappell, Scarlet Tracings, was published by Goldmark in 1987 and formed a sort of trilogy with his earlier Lud Heat (1975) and Suicide Bridge (1979), both of which were innovative mixtures of essay, fiction, and poetry. White Chappell, Scarlet Tracings was runner-up for the prestigious Guardian Fiction Prize and brought widespread critical and popular attention to Sinclair’s work. His next fictional work, Downriver (1991) won both the James Tait Black Memorial Prize for best novel of the year and the Encore Prize for best second novel.

More recently, Sinclair has published the highly acclaimed London Orbital (2002) (he also wrote and directed a film of the same name), Ghost Milk (2011), and American Smoke (2014). He was elected a Fellow of the Royal Society of Literature in 2009 and lives in Hackney, East London.
Valancourt Books | PO Box 17642, Richmond, VA 23226 | 804.873.8528 | email
Copyright © 2022 by Valancourt Books, LLC. All rights reserved. Valancourt Books® is a registered trademark of Valancourt Books, LLC.
Banner art by M.S. Corley