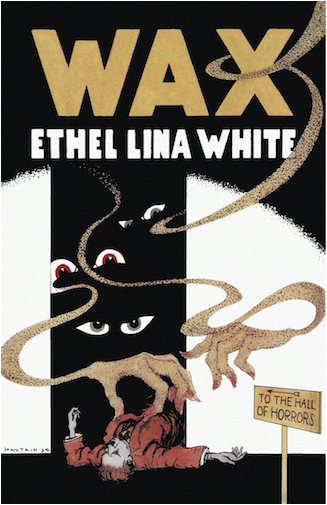 On the outskirts of the small English town of Riverpool stands a waxwork museum, where several people have died under mysterious circumstances.

Sonia Thompson, a young journalist, is determined to get to the bottom of the strange happenings at the waxworks. So she resolves to spend a night there alone. Surrounded by gruesome wax figures of madmen and murderers in the evil chamber where someone has already met his death, Sonia suddenly feels terror grip her. For slowly, ever so slowly, the horrible wax figures seem to be coming to life . . .

One of the most popular crime novelists of the 1930s and ’40s, Ethel Lina White (1876-1944) is best known as the author of the books that inspired the films The Spiral Staircase and The Lady Vanishes. This new edition of Wax (1935), a brilliant mixture of horror and mystery, is the first in decades and reproduces the original jacket art.

“A really notable achievement in the macabre.” – Time and Tide

“Gave me the best thrill I have had for some time . . . moments of authentic gooseflesh.” – Compton Mackenzie 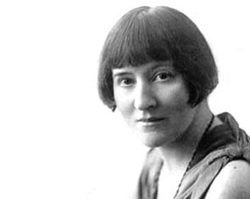 Ethel Lina White was born in Abergavenny, Monmouthshire, Wales, in 1876. She worked for the British government in the Ministry of Pensions, but left that job to pursue writing full time. The decision paid off, as she went on to be one of the most popular crime writers in England and the United States during the 1930s and ’40s. She remains best known for Some Must Watch (1933) and The Wheel Spins (1936); the former was filmed in 1946 as The Spiral Staircase, while the latter was adapted for the screen by Alfred Hitchcock as The Lady Vanishes (1938). Ethel Lina White died in 1944.