Hailed by critic E. F. Bleiler as a “landmark book in the history of fantasy,” Mervyn Wall's classic The Unfortunate Fursey (1946) is set in 11th century Ireland, where the forces of evil have launched an assault on the monastery of Clonmacnoise. Their task is made easier by the fact that one hapless monk, the simple-minded Brother Fursey, cannot manage to pronounce the necessary words of exorcism. When the other monks discover this, the unfortunate Fursey is expelled and sets forth on the first stage of his travels, accompanied by a fantastic procession of cacodemons, hippogriffs, imps, furies, and other dreadful creatures, not to mention the elegant gentleman in black who is their commander-in-chief. 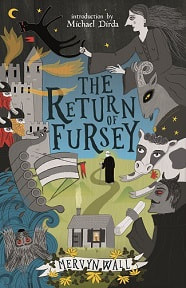 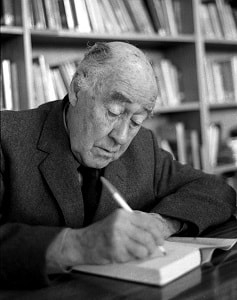 Mervyn Wall was born in Dublin in 1908. He attended Belvedere College, a Jesuit school for boys in Dublin, and obtained his B.A. from the National University of Ireland in 1928. He worked in the Irish civil service from 1934-1948 and later for Radio Éireann as Programme Officer. In 1957 he became Secretary of the Arts Council of Ireland, a post he held until his retirement in 1975. Though he published a number of novels, short stories, and plays, Wall is best remembered for his two comic fantasies centering on the medieval monk Fursey, which have been republished several times and praised by critics such as E. F. Bleiler and Darrell Schweitzer. Wall died in 1997.
Copyright © 2018 | PO Box 17642, Richmond, VA 23226 | 804.873.8528 | email
Banner art by M.S. Corley