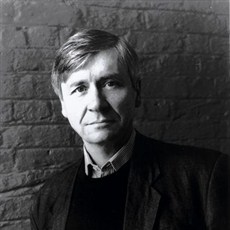 Piers Paul Read was born in Beaconsfield, Buckinghamshire in 1941, the third son of poet and critic Sir Herbert Read. He was educated by Benedictine monks at Ampleforth College, which helped inspire his third novel, Monk Dawson (1969). He read history at St John’s College, Cambridge, and received his BA in 1961 and MA in 1962.

Read gained immediate notice with his first two books, Game in Heaven with Tussy Marx (1966) and The Junkers (1968); the latter earned the Geoffrey Faber Memorial Prize. Monk Dawson (1969) won critical acclaim on both sides of the Atlantic and earned both the Somerset Maugham Award and the Hawthornden Prize.

Read has published sixteen novels to date, most of them well received by critics, including A Married Man (1979), A Season in the West (1988), which won the James Tait Black Memorial Prize, and, more recently, The Death of a Pope (2009) and The Misogynist (2010).

Among his output of nonfiction, Alive: The Story of the Andes Survivors (1974), remains his best-known work, selling more than five million copies worldwide and providing the basis for a 1993 film adaptation.

Read married his wife, Emily Boothby, in 1967; they have four children and four grandchildren and live in London.