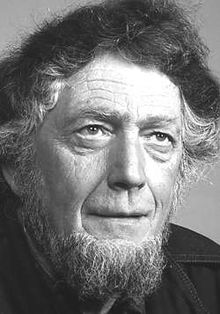 Jack Cady was born in Columbus, Ohio in 1932. He spent four years with the U.S. Coast Guard in Maine before earning a degree from the University of Louisville in 1961. A man of many skills, Cady’s occupations included jobs as a truck driver, auctioneer, and landscaper, and he also worked as a teacher, serving as an assistant professor at the University of Washington in Seattle from 1968 to 1973 and also teaching in Illinois, Pennsylvania, and at the University of Alaska in Sitka. For the thirteen years prior to his retirement in 1998, Cady taught creative writing at Pacific Lutheran University in Tacoma, Washington, where he won a distinguished teaching award in 1992.

Cady’s first book, a collection of stories entitled The Burning, was published in 1972 by the University of Iowa Press and won the Iowa School of Letters Award for Short Fiction, earning praise from judge Joyce Carol Oates, who wrote, “It takes no special critical powers to recognize in Cady an exceptional writer, who is not just promising but has already achieved some remarkable feats.”

Cady’s first novel, The Well, was published in 1980 to critical acclaim and has gone on to be considered a classic of the genre. Other novels included The Jonah Watch (1981) and McDowell’s Ghost (1982). Cady won numerous awards for his fiction, including the World Fantasy, Philip K. Dick, and Bram Stoker Awards, as well as the prestigious Nebula Award for his short story “The Night We Buried Road Dog.” Recognized as a master of the short story, Cady’s tales also appeared in the Best American Short Storiesanthologies for 1971 and 1972.

Cady married fellow writer Carol Orlock in 1977 and lived for many years in Port Townsend, Washington. He died in 2004.